The Global Day of Action against Trump

The Women’s Marches on 21 January marked the biggest global day of action for many years. (1) Nearly 5 million people demonstrated against the inauguration of US President Donald Trump. Naturally, the biggest contingent of demonstrators marched in the US itself, where according to estimations a combined total of 2 million people were on the streets in Washington, D.C., Chicago, Los Angeles, New York City, Seattle and many other cities. However, there were also numerous protests in Mexico, Canada, Europe and all other continents.

The mass size of the Anti-Trump protests reflect the alarming and mobilizing effects of the electoral victory of the most racist, sexist and militaristic US president of modern times. It also shows that Trump’s victory is (correctly) seen by many people as the opening of a new era, as the RCIT analyzed in detail some time ago. (2)

Naturally, it would be wrong to ignore the weaknesses of this day of action. In many cases, the protests were organized by left-liberal or reformist forces. It will be crucial – as we stated in our call for this global day of action (3) – that socialist forces push for a consistent anti-imperialist and class struggle agenda. Nevertheless, the mass turnout on 21 January augers well for the coming mass struggles against the reactionary offensive of the ruling class.

The sections and activists of the RCIT joined the mass protests in various cities. In Mexico City the comrades of the Mexican section of the RCIT joined the march to the US embassy. (See the report with pictures and videos, including an interview a comrade gave to the media at the link below.) The comrades are emphasizing in their leaflets and speeches the necessity to link the protests against Trump and US imperialism with the current mass popular struggle against the so-called gasolinazo – the massive increase of energy prices which has provoked a popular uprising since early January. (4)

Likewise the Austrian comrades of the RCIT joined the march in Vienna as well as solidarity actions with the Arab Revolution organized by the Syria and the Egypt community on 20 and 22 January respectively. Michael Pröbsting, International Secretary of the RCIT, addressed the rally of the Egypt community and emphasized some lessons from the past years of struggles. (See the report with pictures and videos at the link below.) However, the march on 21 January also showed the political problems for the future struggle against the Trumpist wave of reaction. The demonstration was largely white and middle class in its social composition. Hardly any migrants or Muslims participated in the march (many American expatriates joined the demonstration but they can hardly be characterized as an oppressed layer in the Austria society). This composition reflected the fact that it was organized by popular front coalition involving various petty-bourgeois and bourgeois women’s organizations, the Austrian branch of the US Democratic Party and the Austrian section of Cliffite IST tendency (which is led by the SWP in Britain). Such a collaboration of the official representatives of a US-imperialist party and pseudo-Trotskyists is scandalous! Likewise, Islamophobic sectors among the organizers (mainly from the Green Party’s women organization) openly objected – and finally successfully prevented – having a Muslim woman speak from the platform! (The Austrian section will publish an article on this incident in the coming days.)

Comrades of the RCIT Britain participated in a particularly large march of about 100,000 people which completely stopped the traffic near the American Embassy in London! According to the comrades, this was one of the biggest marches since the anti-war mass demonstrations against the Iraq war in 2003/04. However, here too the demonstration was predominantly white and middle class in its social composition with very few migrants and people from the semi-colonial south present.

In Wadi Ara, comrades of the RCIT section in Israel / Occupied Palestine joined a demonstration of about 10,000 people. The demonstration was organized by the so-called Follow-Up Committee - the official leadership of 1948-Palestinians (i.e. those who are living inside the official borders of Israel). Not a single left-Zionist organization supported the demonstration. Hence nearly all of the participants were Palestinians.

In summary, the 21 January marked an important first global reaction to the reactionary Trump Era. It showed that the popular masses are ready to fight back. However, it also reflected the petty-bourgeois and reformist character of the present leadership of these struggles. It is the urgent task of revolutionaries to fight for the unification of authentic socialists on the basis of a platform which addresses the main questions of the global class struggle. This is the purpose of the RCIT’s Urgent Call which we recently published and which we ask all revolutionaries to seriously discuss with us. (5)

(1) The last big global day of action was on 15 February 2003 when 15-20 million people demonstrated against the impending attack of US imperialism against Iraq.

(2) See the RCIT’s pamphlet by Michael Pröbsting: The Meaning, Consequences and Lessons of Trump‘s Victory. On the Lessons of the US Presidential Election Outcome and the Perspectives for the Domestic and International Class Struggle, 24.11.2016, http://www.thecommunists.net/theory/meaning-of-trump/; Michael Pröbsting: US Presidential Election: The Victory of Donald Trump is a Historical Turning Point, 09.11.2016, http://www.thecommunists.net/worldwide/north-america/trump-victory/. On the global consequences of Trumps victory, see RCIT: World Perspectives 2017: The Struggle against the Reactionary Offensive in the Era of Trumpism. Theses on the World Situation, the Perspectives for Class Struggle and the Tasks of Revolutionaries, 18 December 2016, https://www.thecommunists.net/theory/world-perspectives-2017/

(3) International Women’s Secretariat of the RCIT: Let Us Turn the Trump Era into an Era of Consistent Revolutionary Struggle! A call to join the 21 January’s International Women’s Demonstration against the Inauguration of US President Trump, 18th January 2017, https://www.thecommunists.net/rcit/international-women-s-demo-vs-trump/

(5) RCIT: Urgent Call for Unity and a Joint Struggle on a Revolutionary Platform. An Open Letter to All Authentic Revolutionaries for an International Conference on the 100th Anniversary of the October Revolution to Advance the Building of a Revolutionary World Party, 09.01.2017, https://www.thecommunists.net/rcit/urgent-call-revolutionary-unity-1/. The RCIT has also published this Open Letter on its website in Spanish, Portuguese, German and Albanian language. Translations in additional languages will follow.

See the Report of the Mexican Section of the RCIT in Spanish language (with pictures and videos) here: https://agrupaciondeluchasocialistablog.wordpress.com/2017/01/26/concentracion-en-la-embajada-de-eua-ante-la-llegada-de-la-era-trump/

See the Report of the Austrian Section of the RCIT in German language (with pictures and videos) here: https://www.rkob.net/wer-wir-sind-1/rkob-aktiv-bei/aktionstage-jan-2017/

Pictures from the Demonstration in London: 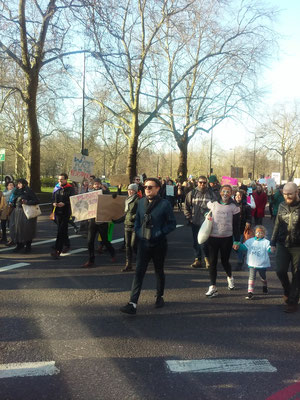 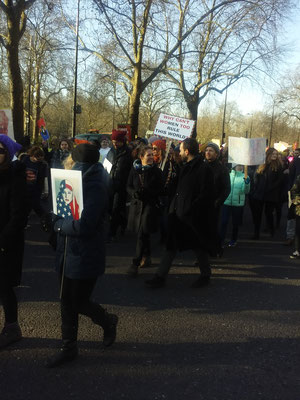 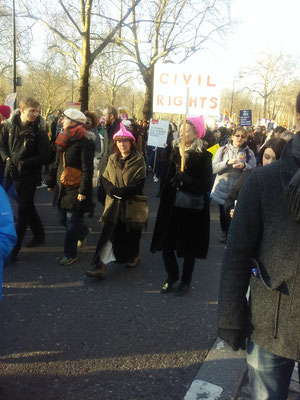 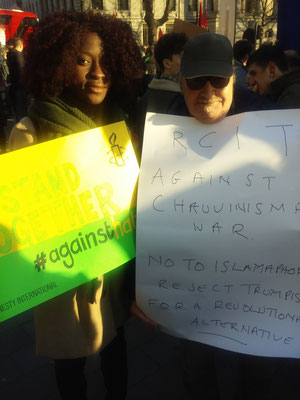 Pictures from the Demonstration in Tel Aviv: 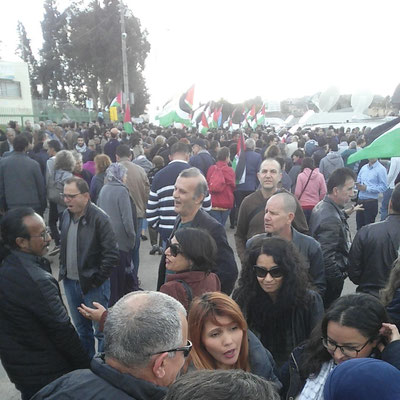 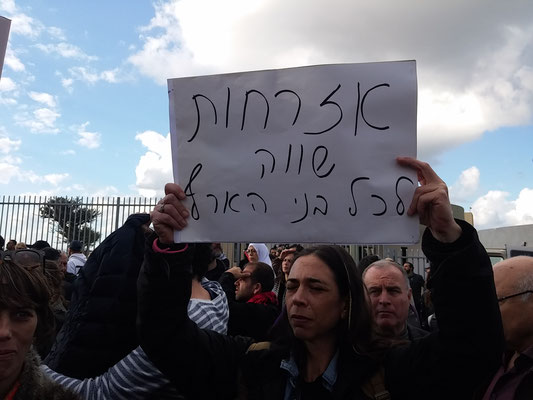