Out on the Streets to Protest against the Chemical Weapons Massacre by the Assad Regime!

After the Call to “Ignite the Fronts” in Syria – Let us organize international solidarity!

Report (with pictures and video) on a rally in Vienna on the 05th April 2017 by the Revolutionär-Kommunistische Organisation BEFREIUNG (Austrian Section of the RCIT), www.thecommunists.net, www.rkob.net, 07.04.2017

Assad, once again, butchered the Syrian people. While in 2013 he told the world to destroy every chemical weapons he had, today the revolutionaries still have to suffer horrible massacres by the regime. From the very beginning of the Syrian Revolution we stood on the side of the fighting forces against the dictatorship. Given the urgent need of victory for the revolutionaries, our international tendency - the RCIT – has called upon all sincere progressive activists to answer our call to protest against the massacre in Idlib! (1)

The Austrian section of the RCIT joined a rally of the Syrian community in Vienna on 05th March. It was a spontaneous reaction of outcry against the counter-revolutionary attacks of Assad and Russia as well as the hypocrisy of the West. The spirited atmosphere with about 150 people participating showed that the activists for the Syrian Revolution are still ready to continue the struggle. Comrade Michael Pröbsting, the International Secretary of the RCIT, delivered a speech which was cheered by the crowd:

“Two days ago the American ambassador told before the UN literally: ‘The removal of Assad is no priority for us.’ The truth is: the Great Powers – Russia, USA and Europe – work together, for Assad and against the Syrian Revolution!“ emphasized comrade Michael. He stressed, that after the call to “ignite the fronts” in Syria, the resistance movements now needs international solidarity more than ever. In Europe, we need to organize movements to support the Syrian Revolution and to end the reactionary policy of the Great Powers.

After this massacre, we need to unite more than ever against the Assad regime and the reactionary Great Powers! The workers and peasants can only win when they independently organize themselves to overthrow Assad! Victory to the Syrian Revolution!

(1) Out on the Streets to Protest against the Chemical Weapons Massacre by the Assad Regime! 5th April 2017 www.thecommunists.net/worldwide/africa-and-middle-east/cw-massacre-in-idlib/

View pictures of the rally below

A video of the speech of Michael Pröbsting can be viewed below or here: https://www.youtube.com/watch?v=wRu-Ubdz7MQ

Another video report about the rally has been published by the Syrian-Palestinian journalist Ahmed Morad on his Facebook page "Be With Me A Reporter": https://www.facebook.com/BWMAR/videos/1303271016416360/ 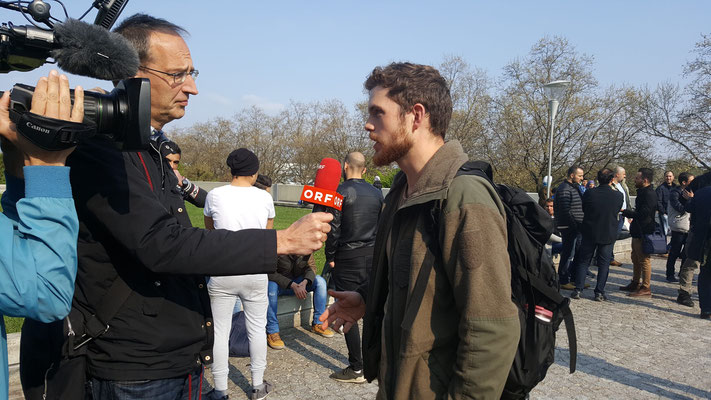 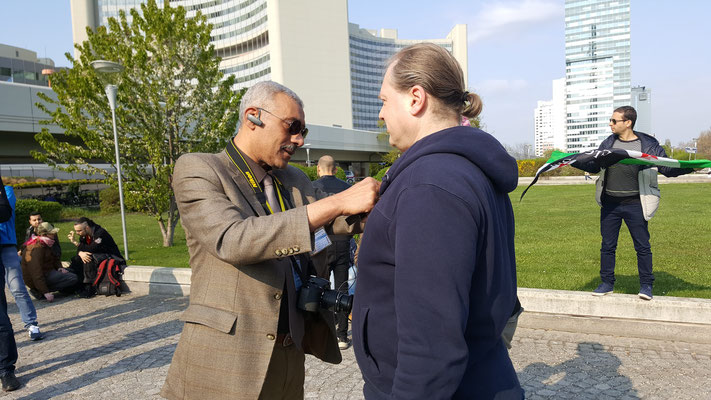 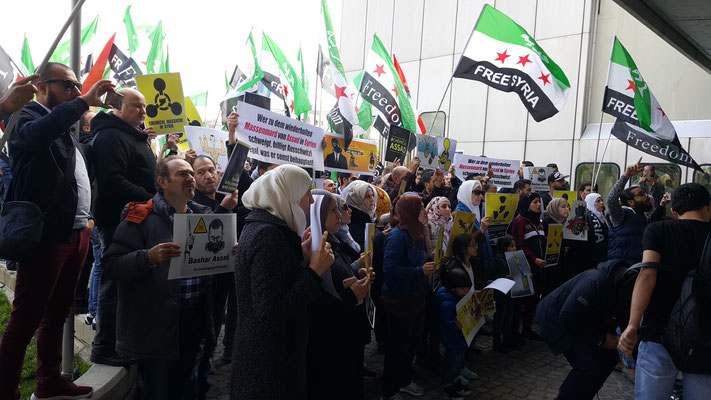 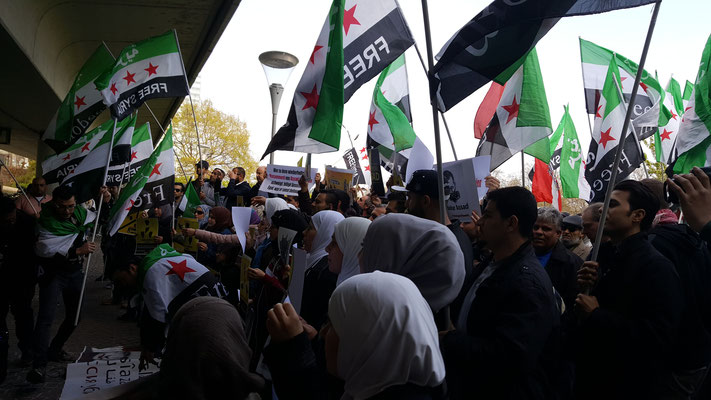 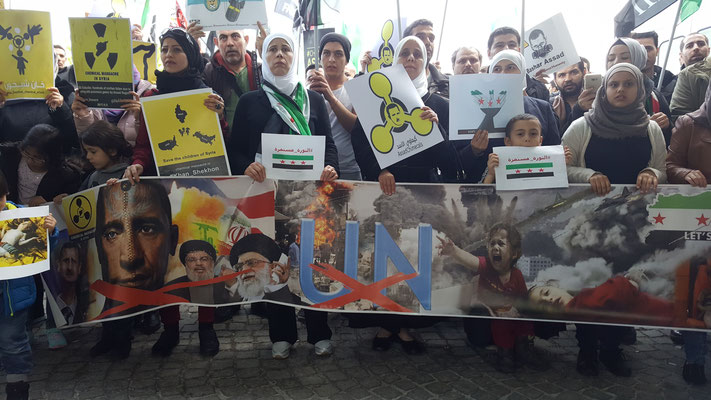 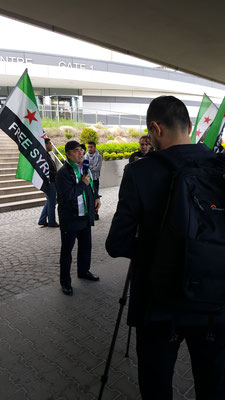 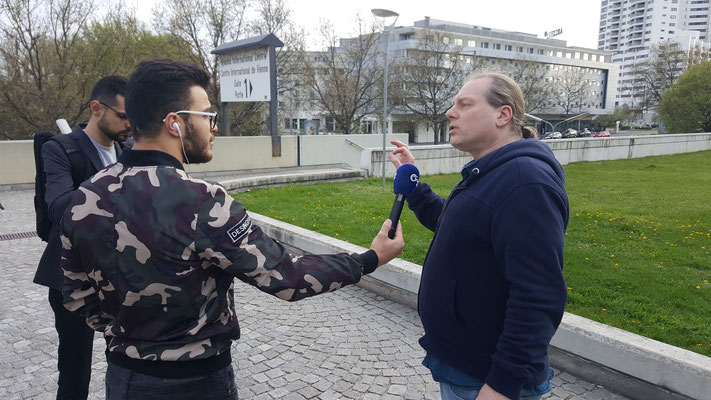