[Video] Report about the Struggle of the Teachers at the Instituto del Profesorado 103 in Buenos Aires (23.6.2022)

CS-TV (Argentina): Is Fighting for Security Right-Wing? (More About 103)

In the afternoon of the 21st June 2022, a group of armed people entered the educational center named Instituto del Profesorado 103 in Villa Urbana, near the famous La Noria bridge in the South of Buenos Aires. The armed attackers not only pointed their weapons at the teachers and students in the building. They would have even killed our comrade Gabriela Capurro, a leading member of both Convergencia Socialista (the Argentinian section of the RCIT) as well as the teachers and student collective of the institute and the feminist self-defense organization Defensorías de Géneros. Only the combination of her fast reactions, a result of all of her experiences in revolutionary work, and the collective force of the students driving the armed intruders out of the building, saved her life.

Our comrades have already organized several protests in the area, including the educational center itself, even in the recent past. Just days before the attack activists from the educational center marched to the chief official of the district to demand the stabilization of the electricity supply and – ironically enough – for a solution of the safety crisis in the district.

Neither comrade Gabriela nor the other comrades in her collectives have been intimidated by the violent attack. The opposite was the case and our comrades have organized marches in protest of the situation every day since the attack. Thousands of activists from the institute and people from the working class and poor neighborhood took the street, fighting for safety and – as it was shown by the armed attack – literally fighting for their lives.

Shamefully, the police answered with violent attacks against the protestors, injuring several militants with tear gas and rubber bullets, including our comrade Juan Carlos Beica – another teacher and delegate in this region.

Given such attacks of the police and the looming danger of yet another armed attack by gang members, the people at the protest marches held a vote to decide if they still want to continue the demonstration. An overwhelming majority agreed to keep the fight alive. This brave decision proofed to be a key moment in winning the fight. Martín Insaurralde and other figures from the provincial and district authorities agreed to fulfill all demands of the protestors.

We want to thank the militants of all other forces who marched in solidarity with our comrades, joining forces to serve the needs of the neighborhood. Special thanks to the comrades of the Maxi Pack paper factory for stepping up to join the protests in solidarity. We also want to thank the comrades from the trade union CTA CGT - regionales Lomas de Zamora, as well as the comrades from Corriente Clasista y Combativa, Movimiento La Dignidad, nuevo MAS, Izquierda Socialista, MST, Izquierda Latinoamericana, MTR-CUBA, Frente Darío Santillán, Partido Obrero, liste Verde y Roja de ATE sur and many others. 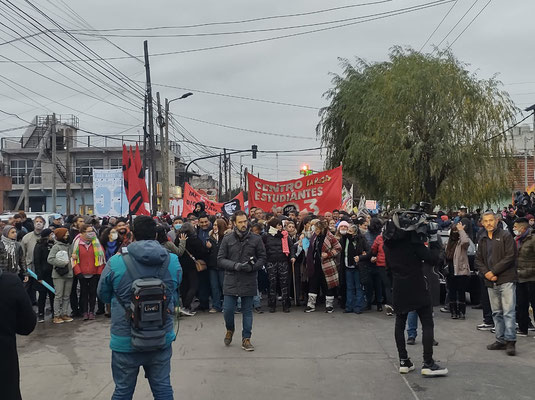 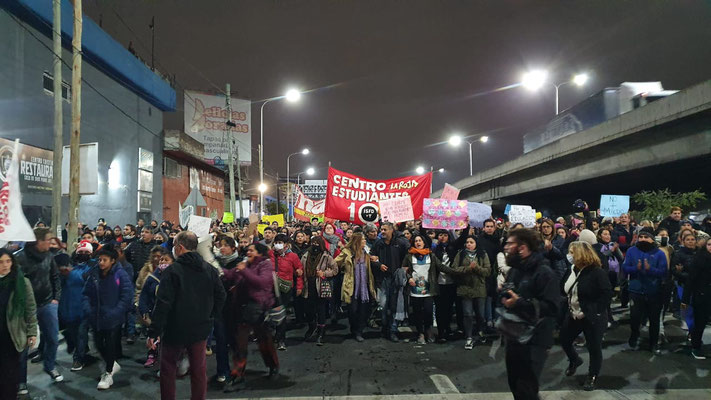 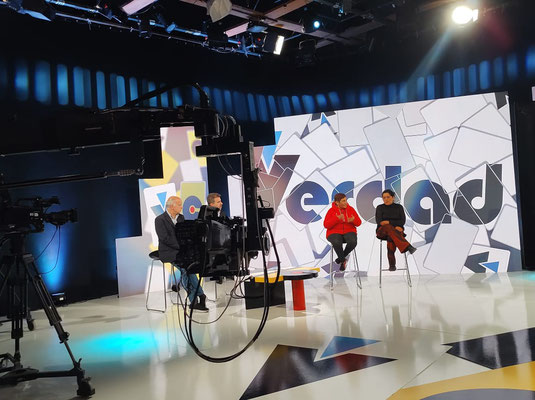 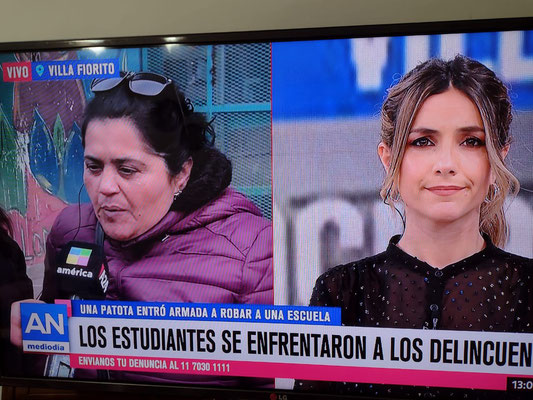 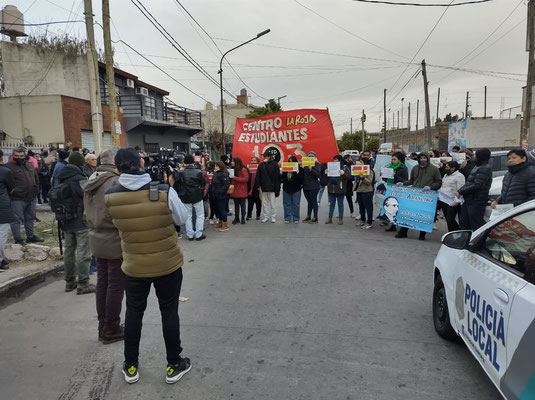 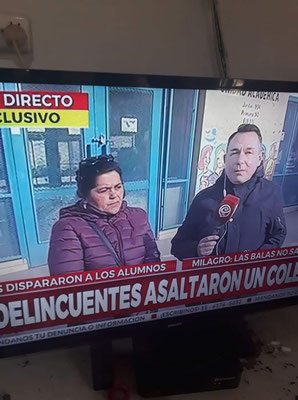 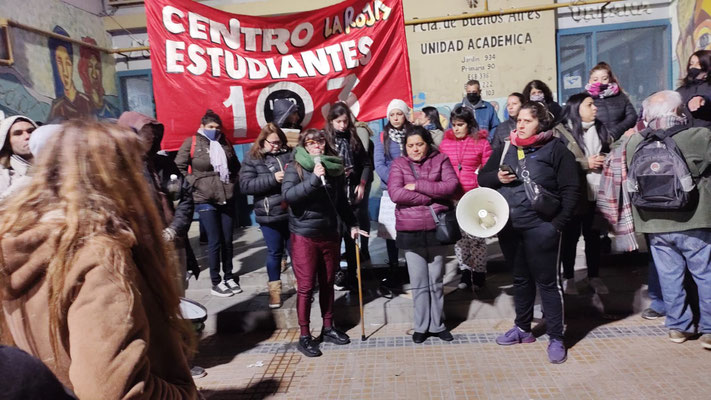 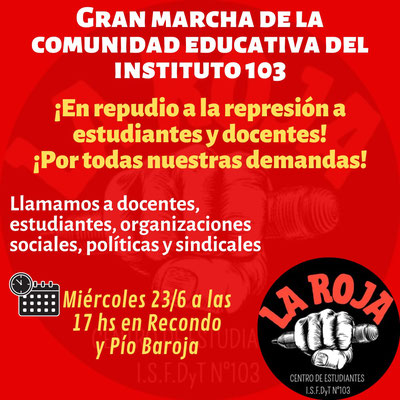 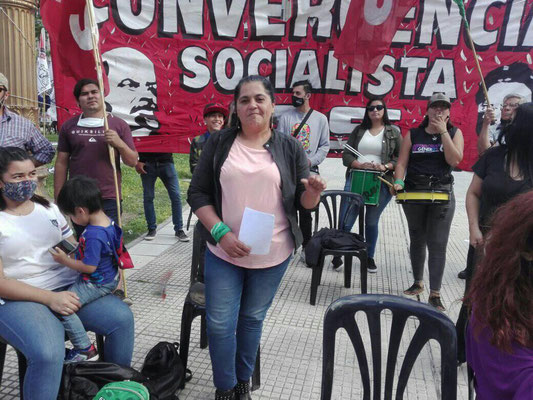 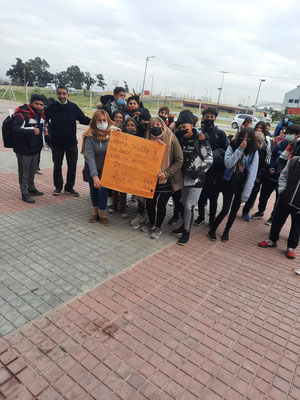 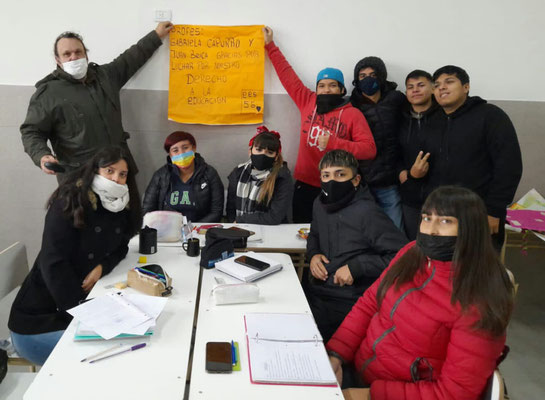 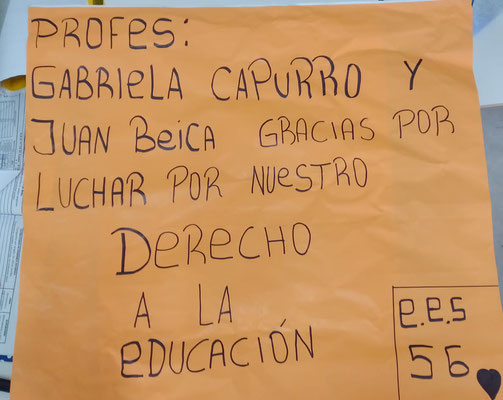 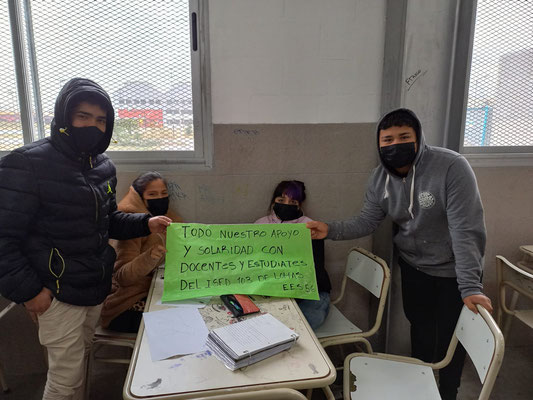 Argentina: Video Report about the Struggle of the Teachers at the Instituto del Profesorado 103 in Buenos Aires

A Video (with English Sub-Titles) published by Convergencia Socialista (RCIT Section in Argentinia), 23.6.2022

Argentina: Gabriela Capurro, Leader of the Struggle at the Institute 103, Speaks in TV

A Video published by Convergencia Socialista (RCIT Section in Argentinia), 24.6.2022

Argentina: Gabriela Capurro and Norma Gómez Speak in A24

A Video published by Convergencia Socialista (RCIT Section in Argentinia), 27.6.2022