Costa Rica: The Worker Carlos Andrés Pérez Has Been Sentenced!

The comrades of the Movimiento de Trabajadores y Campesinos (MTC, Movement of Workers and Peasants) in Costa Rica and other organizations are fighting for the acquittal of Carlos Andrés Pérez Sánchez. Comrade Sánchez is a 28-year-old worker and trade unionist at the Costa Rican Oil Refinery (RECOPE) who has been unlawfully accused of alleged crimes that never occurred. The real reason for his persecution by the capitalist state is the fact that he is a working-class fighter.

The MTC and other organizations have issued a petition, addressed to the court, which states, among others, the following:

“Carlos Andrés has been the victim of media, administrative, judicial and political persecution for exercising fundamental rights, such as the right to exercise free thought, freedom of assembly, expression and demonstration. Carlos Andrés did not commit any alleged crime, so article 311 of the Penal Code must be applied.

Criminalizing the right to social protest is characteristic of repressive political systems, of dictatorial regimes that oppose democracies and the exercise of human rights. From the Costa Rican Association of Human Rights, the National Housing Block, the Confederation and Peasants, in the democratic exercise of the fundamental rights of a state of law, we deliver the request for dismissal...”

The Revolutionary Communist International Tendency and its sections in Latin America stand in solidarity with this just struggle!

International Bureau of the RCIT 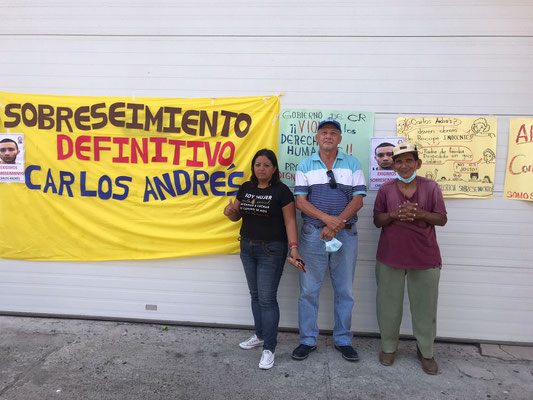 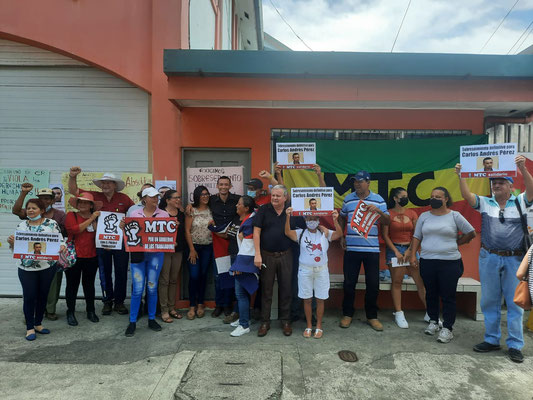 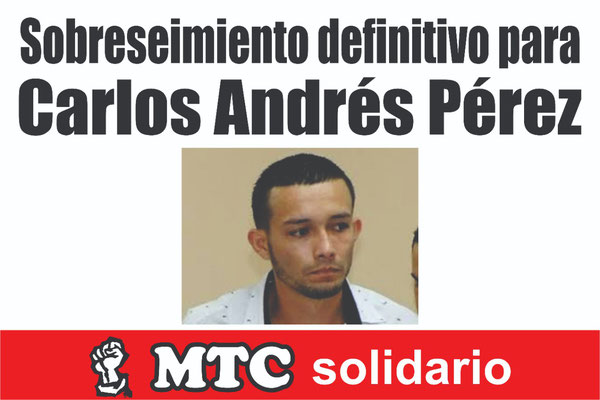 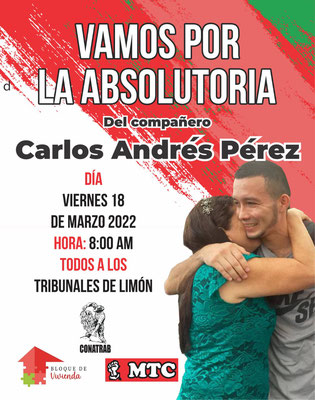 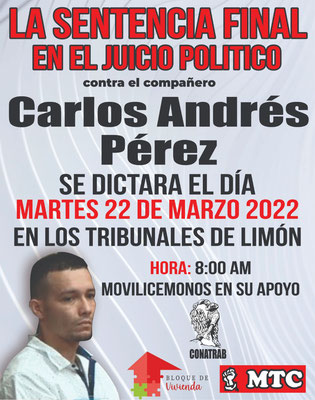 Costa Rica: The Worker Carlos Andrés Pérez Has Been Sentenced!

The Limón courts have just sentenced fellow worker Carlos Andrés Pérez to 5 months in prison. However, he will not go to jail because he had already discounted those 5 months when he was in prison. Moreover:

-He must pay 15 million colones in compensation to Recope.

-He must pay 3 million additionally in court costs.

This ruling will be appealed to higher courts and the possibility of taking the case to the Inter-American Court of Human Rights is also being analyzed.

The MTC reiterates its solidarity with comrade Carlos Andrés and we will redouble our support.