Afghanistan: A Successful Strike against the US Occupation

Major Attack by the Afghan Resistance against a High-Level Meeting of Afghan and U.S. Generals in Kandahar

1.             The Afghan Resistance succeeded yesterday in striking a severe blow against the occupation forces. In what experts characterize as “perhaps the most brazen attack since the US invaded the country in 2001“, a young mujahedeen of the resistance (“Abu Dujana”, see pictures below) managed to infiltrate the governor’s compound in Kandahar City. He attacked a high level meeting of senior Afghan and U.S. Generals and killed, among others, the infamous General Abdul Raziq, the Kandahar Governor Zalmai Wesa and Abdul Momin, the head of the province’s National Directorate of Security. The resistance fighter also succeeded in wounding three U.S. officials. It is unclear if General Austin Miller, the U.S. commander of imperialist occupation forces in Afghanistan (“Mission Resolute Support”), was wounded or not in the attack.

2.             The killing of General Raziq is a particular important success for the liberation struggle since he was the most powerful man in southern Afghanistan and a key ally of the U.S. occupation forces. He was heavily involved in drug business – even General Vance, former commander of NATO-led forces, had to admit this. He was also notorious for torturing and killing opponents which caused even the United Nations to call for action against him.

3.             This successful attack is a powerful demonstration of the cul-de-sac of the NATO occupation which began in 2001. After 17 years of occupation, bombardment and brutal suppression of popular resistance, the imperialist forces have still not succeeded in stabilizing their rule. In fact, they have to admit that they already lost control over a significant proportion of the country. As has been widely reported in the media recently, the U.S. command is forced to ask for negotiations with the resistance about a “political solution” (i.e. a face-saving way for the U.S. to withdraw their troops).

4.             The NATO-led occupation forces currently encompass, according to official figures, more than 13,000 troops, most of which are US Army soldiers. However, Germany, Britain and Italy contribute also significant contingents. These troops are supported by more than 25,000 contractors (of which 2/3 are foreigners). “Mission Resolute Support” constitutes the most important ongoing military operation of Western imperialist forces. Hence, a severe strike against the occupation forces and their local agents serves both the liberation struggle of the Afghan people as well as the cause of the global struggle against imperialism.

5.             The RCIT unambiguously denounces the US occupation as a reactionary war of aggression. We consider the resistance struggle of the Afghan people – which includes an armed guerilla struggle – as a legitimate war of defense which deserves the unconditional support of all consistent democrats, anti-imperialists and socialists all over the world. Therefore we have supported the Afghan resistance against the imperialist aggression since the very beginning in October 2001.

6.             At the same time, the RCIT confirms its political opposition against the reactionary program and ideology of the Taliban which currently constitute the dominant force among the guerilla movement. The task of Afghan socialists is to combine resistance against the occupation with an independent program fighting for a workers' and poor peasants' republic as part of a region-wide socialist federation.

7.             Shamefully, most so-called left-wing parties in Europe and North America (as well as reformist outfits like the Awami Workers Party in Pakistan) fail to show any support for the Afghan resistance struggle. Many of these cowardly Stalinists, left-reformists and pseudo-Trotskyists fail to side with the Syrian Revolution against the reactionary butcher Assad (a lackey of Russian imperialism), justifying this with their professed opposition against Western imperialism. However, at the same time they are incapable to lend support to the most important ongoing popular insurgency against the Western Great Powers. Such pseudo-left forces are totally useless for the struggle against imperialism!

8.             The RCIT repeats its call to socialists around the world to unite in the struggle against the imperialist crusade of the U.S., Britain and other Western powers against the Afghan people.

* Victory to the popular insurgency of the Afghan people!

* For a workers and poor peasants republic as part of a region-wide socialist federation.

Bureau of the RCIT’s International Secretariat

For the RCIT’s analysis and perspectives of the liberation struggle in Afghanistan, see, among others, the following documents:

RCIT: Afghanistan: Drive the US Occupants Out! US President Trump escalates the imperialist crusade against the Afghan people! Support the resistance against the occupiers and their stooges! 23.08.2017, https://www.thecommunists.net/worldwide/asia/us-occupants-out-of-afghanistan/

Stop the Invasion of Afghanistan! 30.09.2001, https://www.thecommunists.net/theory/afghanistan-invasion-2001/

The History of Afghanistan (2001), https://www.thecommunists.net/theory/history-of-afghanistan/

Michael Pröbsting: The Great Robbery of the South. Continuity and Changes in the Super-Exploitation of the Semi-Colonial World by Monopoly Capital Consequences for the Marxist Theory of Imperialism, chapter 12 and 13, 2013, http://www.great-robbery-of-the-south.net/

On the acceleration of the rivalry between the imperialist Great Powers, you can find numerous documents here:

Pictures of “Abu Dujana”, a young Mujahed of the Afghan Resistance 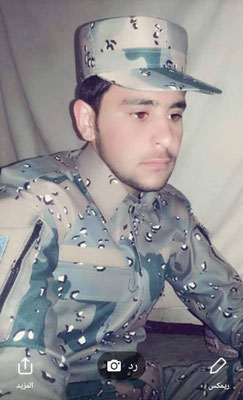 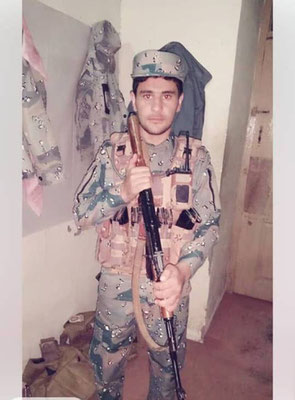