On 1st August a demonstration took place against the Tory controlled Northamptonshire County Council, which has wilfully spent money recklessly on buildings and new office blocks while ignoring the concerns of local people. The result was that the authority was driven into bankruptcy. The Secretary of State first sent in inspectors to investigate the situation. They reported back to the Secretary of State, Sajid Javid, and with the powers he has sent in commissioners to run the authority.

The official goal was to cut waste and do whatever is necessary to bring the authority back on a sound financial footing. In reality it meant the sacking of the staff and attacks on social care, which provides help to the most vulnerable people - especially those with learning and physical disabilities.

Over the years the Tories have closed down all provision. They are now going to attack statutory provision in the county. Children are particularly affected.

There was a lively protest of 200 people representing delegations from trade unions like Unite, CWU, GMB and Unison whose members face the sack. Unfortunately the local Unison leadership has failed to conduct any fight against redundancies whatsoever. There were also people with disabilities attending and other campaigning groups. The protest had been organised by save Northants services.

At the council meeting - realising the anger and hatred directed against the Tory authority - they refused to let them into the main chamber and used security guards to bully and harass people into an antechamber, where they could watch the situation unfold. No decisions were made. The authority is no longer democratically accountable and because of austerity and withdrawal of funds many more local authorities will follow into the same situation like Northamptonshire.

Local government is finished in Britain. This is coupled with privatisation of the NHS and means that the poor and underprivileged will be deprived of any help whatsoever. The main slogan at the rally was to call for the resignation of the Tory cabinet.

Austerity is the main cause. The PFI contracts introduced by the Blair government destroyed the NHS and Social care. However, the Tories just carried on where Labour had started the rot.

* No meetings or discussion with the Commissioners!

* Organise an assembly where all groups and organisations attend, which are affected by the cuts in services! Unison must start to fight back against the Tories with bans on overtime strikes and a refusal to do extra work until the commissioners are removed!

* Organize strikes up to an indefinite general strike to bring down the May Government!

* The Tory cabinet must be replaced by directly elected representatives from local community groups! 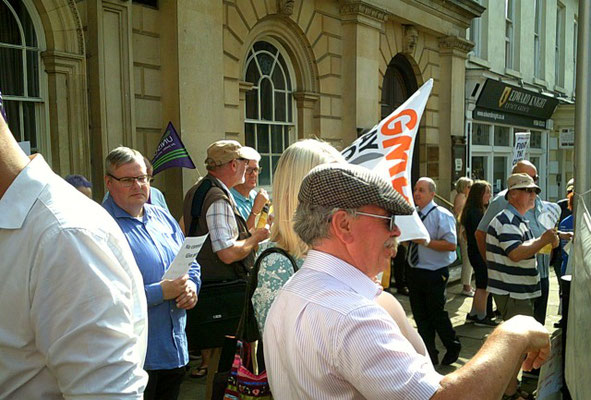 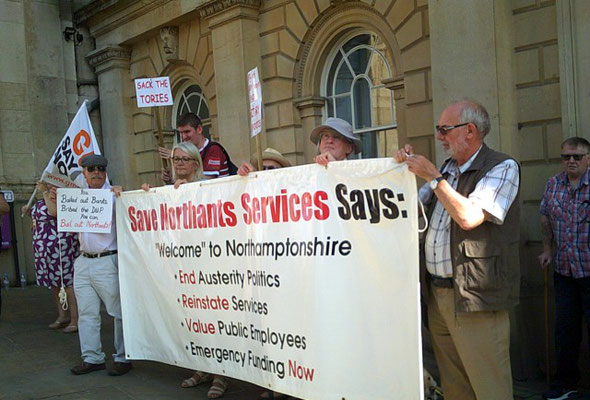 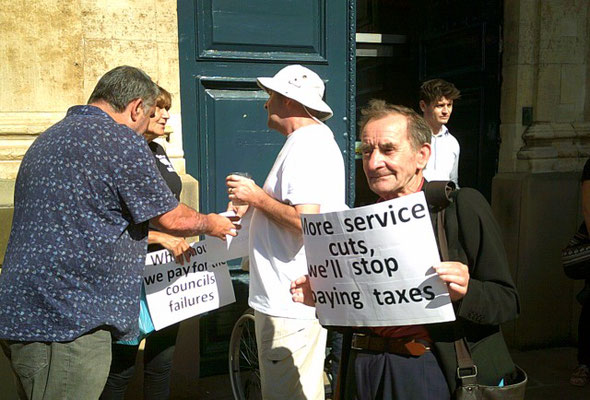 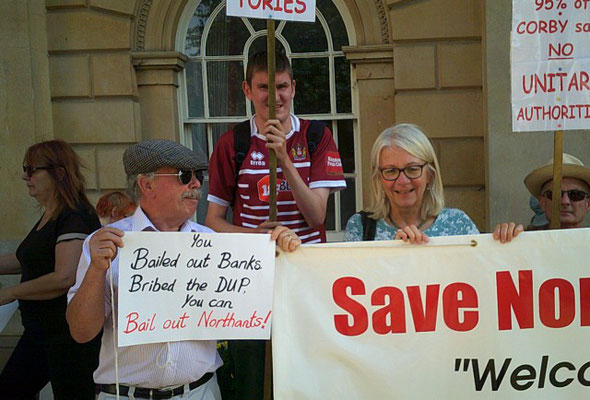