Report (with pictures) of the August 5th, 2020, RevolutionNow! Protests by Revolutionary Socialists Vanguard [Nigerian Section of the RCIT], 10.08.2020, https://revolutionarysocialistvanguard.wordpress.com

The RevolutionNow! Protest was organized by the Coalition for Revolution (CORE), a joint front of Left leaning groups, socialist organizations and individual activists. CORE was formed last year as a product of the wave of revolutionary upsurge which peaked in 2019. The first August 5th protest took place last year also, as the first joint action of these groups under the banner of the Coalition for Revolution. At the time, one of the major leading figures of the Coalition was Omoyele Sowore, a pro-democracy rights activist who led the Take-It-Back Movement, a petty bourgeois pro-democracy movement. He was arrested on August 3rd, 2019 for calling for the protests which was also called “Days of Rage” last year. Comrades of the Revolutionary Socialist Vanguard though a small fraction of these movements have always participated in actions and programs organized by these bodies. The following report was delivered by one of our comrades who attended the protest on August 5th:

The Nigerian masses took to street in various parts of the country on August 5, in another form of demonstration tagged #REVOLUTIONNOW! The masses in reaction to the series of corruption cases by government officials, mismanagement of public funds; increasing rate of insurgency and terrorism; increasing rate of poverty and unemployment in the country; filled the streets in demanding that the government find solutions to the devastating conditions of the country or better still, step down!

The protest was not taken lightly by the tyrannical president of the country; as several security forces such as police, Department of State Services (DSS) agents and personnel, Army, etc. were deployed on the street to ruthlessly deal with the protesters and ensure that the protests do not take place. In several parts of the country, several peaceful protesters were arrested, while some were brutally injured. In Abuja, the Capital of the country, protesters were beaten mercilessly and made to lie down; while in some other states, the police applied tear gas in dispersing protesters.

Nevertheless, the determined protesters went on to state their ground, and refuse to give in to the oppressive acts of the state machinery.

During the protest, nothing less than 90 activists were arrested by the security forces, but through continuous agitations and pressure from the determined masses, all were released afterwards.

In conclusion, the August 5th demonstrations have become a beacon of anti-government protests in Nigeria, nevertheless, this year, it was an offspring of the revolutionary wave of mass struggles which reemerged with the protests against police brutality after the killing of George Floyd in US. Several groups and organizations in CORE were originally openly or covertly in support of the lock downs and so they were pushed to follow the spontaneous global uprisings which had there counterparts in Nigeria when people started showing solidarity with the #Justice4GeorgeFloyd protests in the US. This re-emergence of public demonstrations has also caused many left organizations to resume meetings, programs and activities beyond the online form.

Summarily, we declare our open support for such initiatives as our comrades participated in the protest through out the country and we support all demands that call for better living conditions of people and the revolutionary overthrow of the Buhari regime. It is important to show solidarity with the on-going struggle in Southern Kaduna against the wanton killings of about 300 villagers by terrorists and extreme Islamist groups. We say that international solidarity with progressive protests in Mali, Lebanon, Hong-Kong, Belarus, South Korea and the US is indispensable. We reject all imperialist theatrics which deceive the people by posing as a solution or a better alternative and call for the revolutionary defeat of all Great Powers in the East and West! Finally, such initiatives must work with the trade unions, civil society organizations and progressives to form delegates and self-defense groups against the hired thugs of the Nigerian ruling class and their paid terrorists, the Boko Haram! 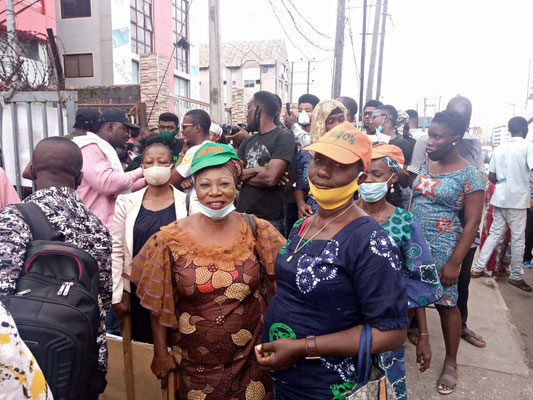 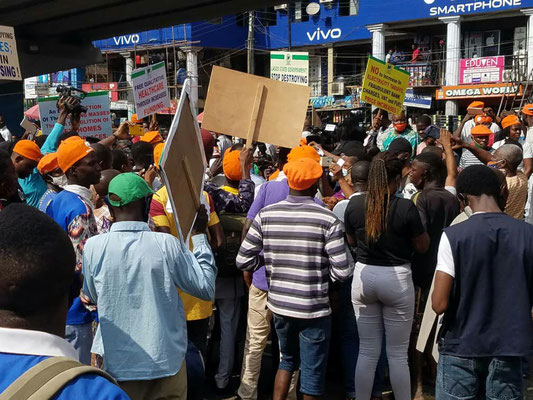 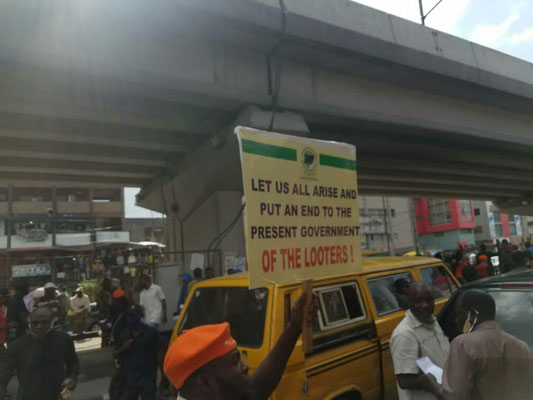 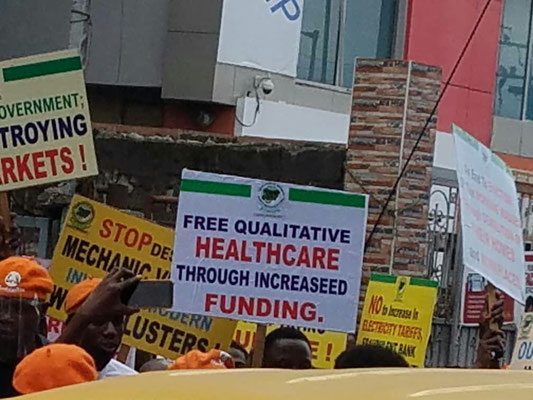 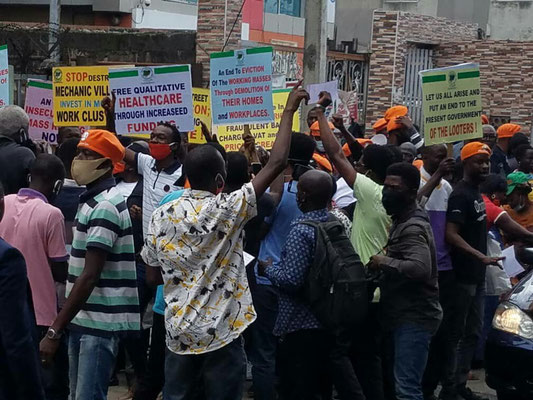 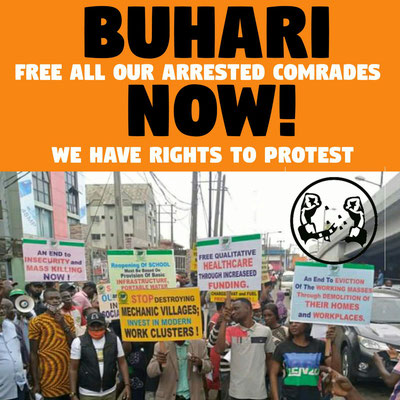 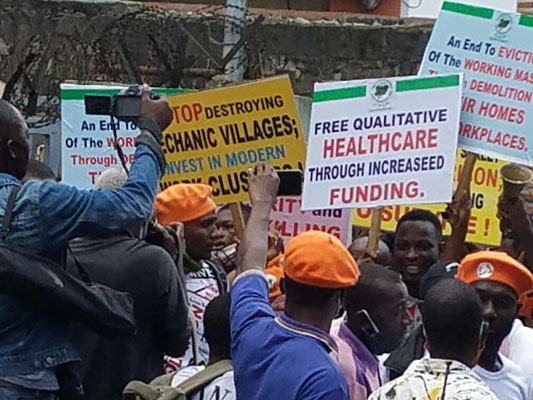