Egypt: Rally on the 6th Anniversary of the Military Coup in 2013

Report (with Photos and Video) from a Rally in Vienna on 30 June 2019, Austrian Section of the RCIT, www.rkob.net and www.thecommunists.net

The Egyptian migrant community organized a rally in the centre of Vienna to commemorate the 6th anniversary of the military coup in Egypt. On 3 July 2013 General Sisi took power and created a military dictatorship which has massacred since then thousands of activists of the opposition.

Activists of the Austrian section of the RCIT participated in the rally. Our comrade Michael Pröbsting, International Secretary of the RCIT, delivered a speech in which he denounced the military regime. He also condemned the Great Powers, including the European Union, which is fully supporting the dictatorship. 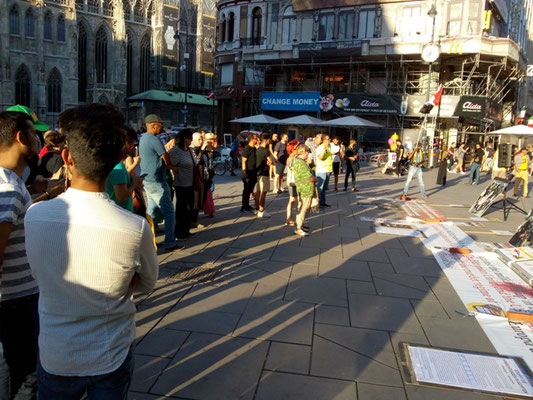 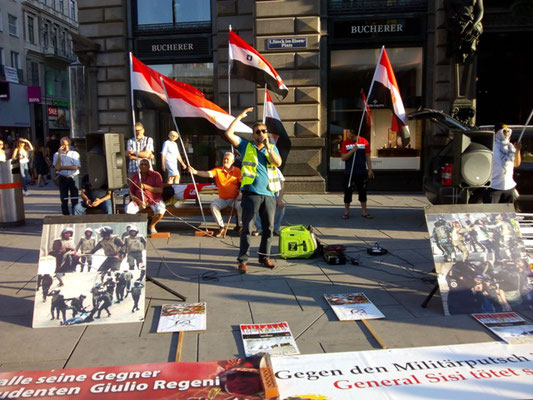 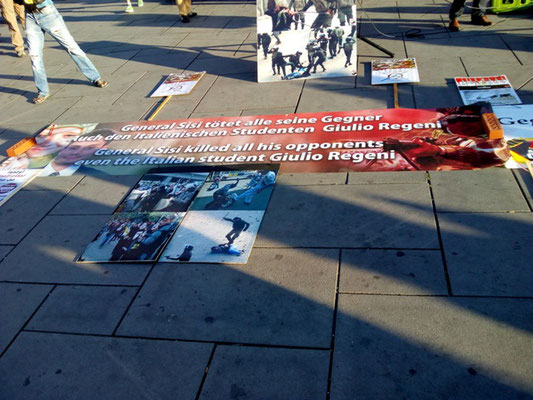 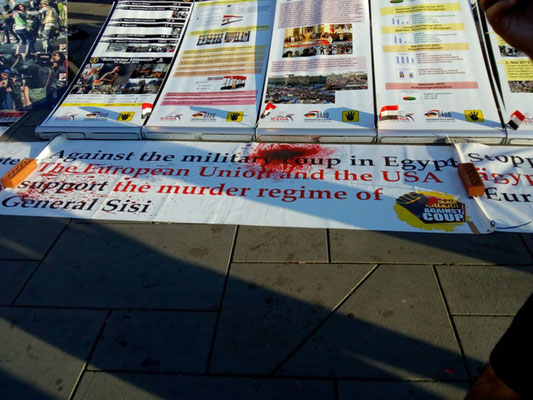