RCIT Interventions at Rallies in 2023

Rally on the 12th Anniversary of the Egypt Revolution 2011

[VIDEO] On the 11th Anniversary of the Egypt Revolution 2011

Peru: Down with Boluarte! For a Workers and Popular Government!

Comrades of Convergencia Socialista (RCIT Section in Argentina) participated at a rally on 1 February in front of the Peruvian embassy. The rally denounced the murderous government of Dina Boluarte and called for solidarity with the mass movement that is fighting to overthrow it.

Our comrade Graciela Capurro spoke at this rally. In her speech, she emphasized our solidarity with the Peruvian people. She also explained that the struggle should aim for the revolutionary overthrow of the Boluarte regime and the creation of a workers and popular government, based on mass assemblies and militias.

Rally on the 12th Anniversary of the Egypt Revolution 2011

Report (with Photos and Videos) from a Rally in Vienna on 22 January 2023, Austrian Section of the RCIT, www.rkob.net and www.thecommunists.net

On 22rd January, the Egyptian migrant community in Vienna organized a rally to commemorate the 12th anniversary of the Egypt Revolution. This popular uprising in 2011 brought down the dictatorship of Mubarak and opened a period of (limited) bourgeois democracy. It was an important victory which encouraged the revolutionary wave in the whole Arab world.

However, this democratic revolution remained incomplete and left the old ruling class – the army command, the super-rich elite closely connected with the imperialist powers and the Gulf monarchies – in their positions. As a result, the military – led by General Sisi – launched a bloody coup in July 2013 and destroyed the democratic gains. Since then, the regime has killed thousands of people and threw more than 60.000 people into prison.

The rally was addressed by Ibrahim Ali, the leader of the Egyptian migrant community in Austria.

Activists of the Austrian section of the RCIT attended the rally. Our comrade Michael Pröbsting, International Secretary of the RCIT, delivered two speeches in which he stressed the solidarity of the RCIT with the resistance of the Egypt people against the military dictatorship. 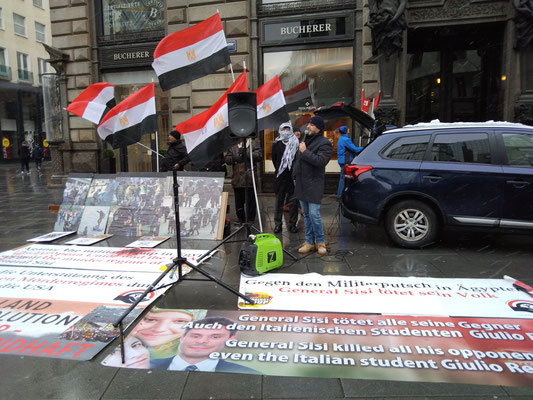 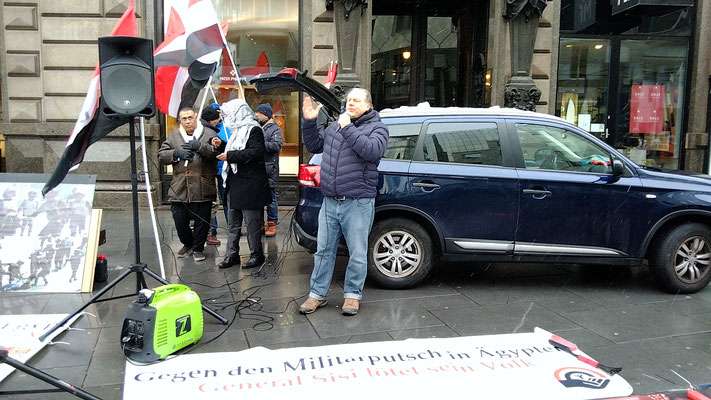 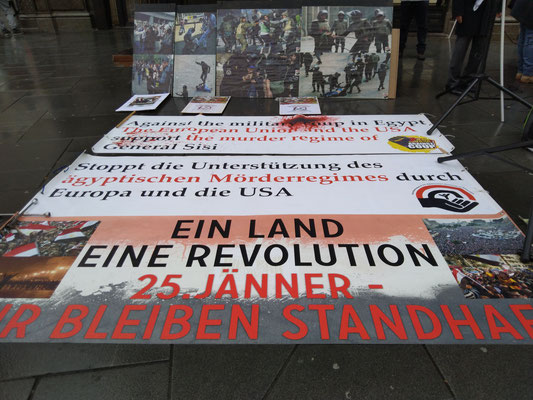