Report (with Photos and Video) from a Rally in Vienna on 20 June 2019, Austrian Section of the RCIT, www.rkob.net and www.thecommunists.net

The Egyptian migrant community organized a rally in the centre of Vienna on 20 June to commemorate the death of Mohamed Morsi. The former President of Egypt died three days before under mysterious circumstances after appearing in the show trial conducted by the military dictatorship of General Sisi. Despite heavy rain, about 300 people joined the rally, among also Syrian, Turkish, Bosnian, Pakistani, Afghan, Bangladeshi and other nationals.

The rally was addressed by Ibrahim Ali, leader of the Egyptian community in Austria, a representative of the Syrian community as well as by our comrade Michael Pröbsting, International Secretary of the RCIT. In his speech, comrade Pröbsting condemned the arch-reactionary military dictatorship of General Sisi and expressed our support for the popular resistance.

The RCIT has published numerous articles and documents on the struggle against the Sisi Dictatorship which can be read on the RCIT's website at https://www.thecommunists.net/worldwide/africa-and-middle-east/. Our obituary for Mohamed Morsi can be read here: https://www.thecommunists.net/worldwide/africa-and-middle-east/egypt-s-former-president-morsi-dies-during-brutal-incarceration/ 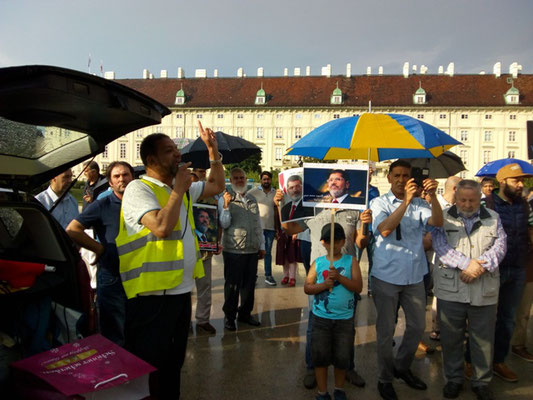 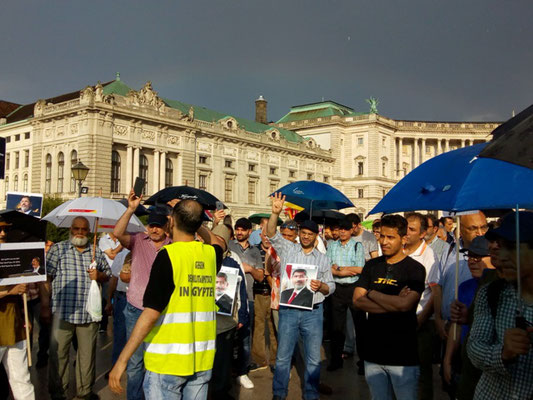 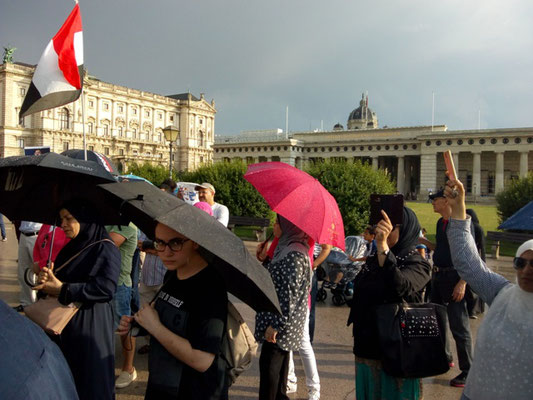 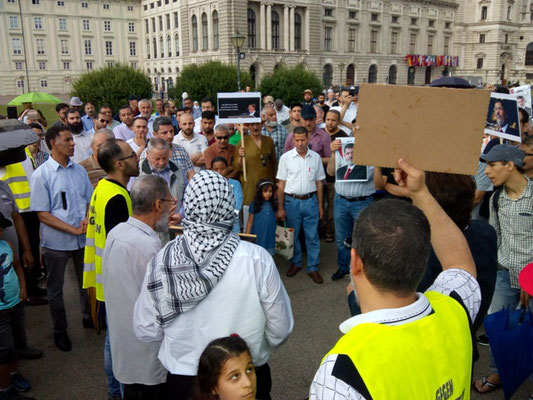 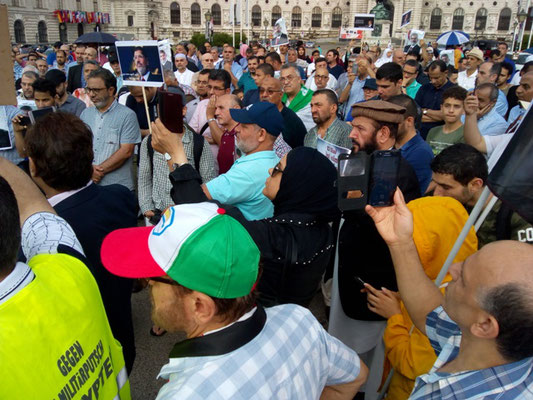 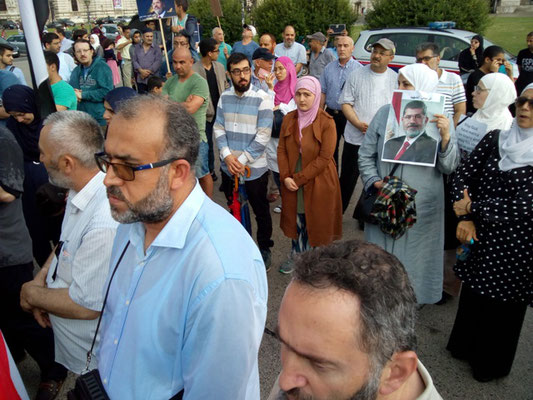