Austria: Demonstration in Solidarity with Gaza

Report (with Pictures and Videos) from the Demonstration on 18.05.2018 in Vienna, Revolutionary Communist Organization LIBERATION (Austrian Section of the RCIT), www.rkob.net

Several hundred people – nearly all of them Palestinian and Arab migrants – marched in Vienna on 18 May in order to demonstrate their solidarity with the brothers and sisters in Gaza.

In numerous slogans the demonstrators expressed their outrage against the Israeli massacre against the Palestinian people and called for international solidarity with Gaza.

The Revolutionary Communist Organization LIBERATION (Austrian Section of the RCIT) participated in the demonstration with a multi-national and lively contingent (see pictures and videos below). We also successfully sold our pamphlet on Palestine.

Comrade Michael Pröbsting, International Secretary of the RCIT, was one of the three speakers at the demonstration. (See the videos below) In two speeches, one at the beginning and the other at the end, he denounced the crimes of the Israeli Apartheid state. He called for an international solidarity movement with the Palestinian liberation struggle which aims to organize a boycott of Israel. Comrade Pröbsting also called for the right of all Palestinians to return, for the abolition of the Apartheid state Israel and for a Palestine in which the workers and oppressed take the power.

In his second speech Comrade Pröbsting also denounced the presence of a Zionist provocateur in the mid of the demonstration who was trying to collect evidence for later legal actions against pro-Palestinian solidarity activists. The Zionists in Austria have repeatedly instigated the political police to persecute comrade Pröbsting and other comrades of the Austrian RCIT section and tried to bring them to court (in one case successfully).

It should not go unnoticed that the Austrian section of the RCIT was the only left-wing organization present as the so-called “radical left” in Austria prefers, as usual, to ignore mobilizations of the Muslim migrant communities. As we had to notice so many times, Islamophobia affects the so-called left in many ways.

It is important that the demonstration does not remain a single event but is rather the starting point to build a strong solidarity movement with the Palestinian people! 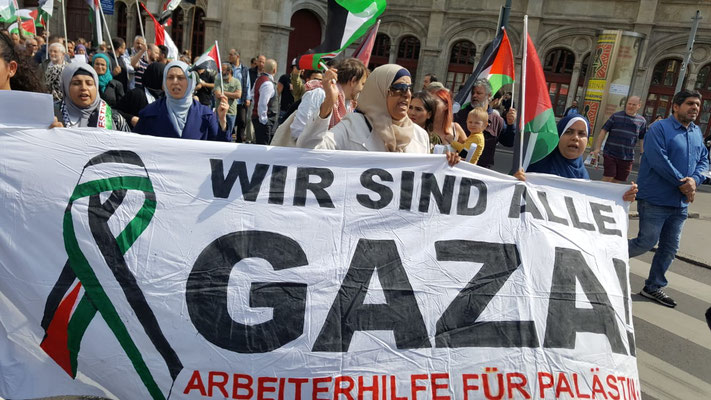 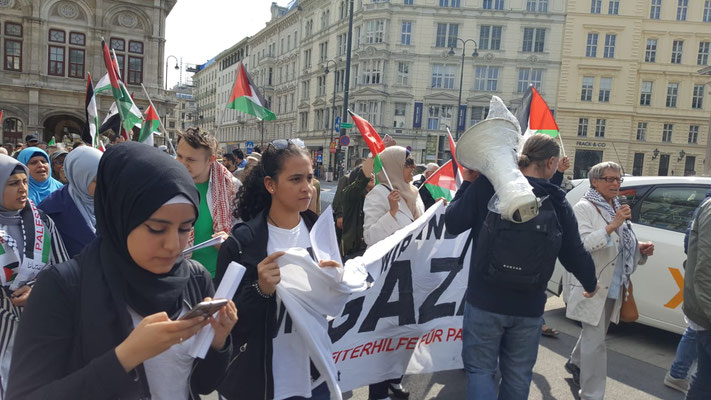 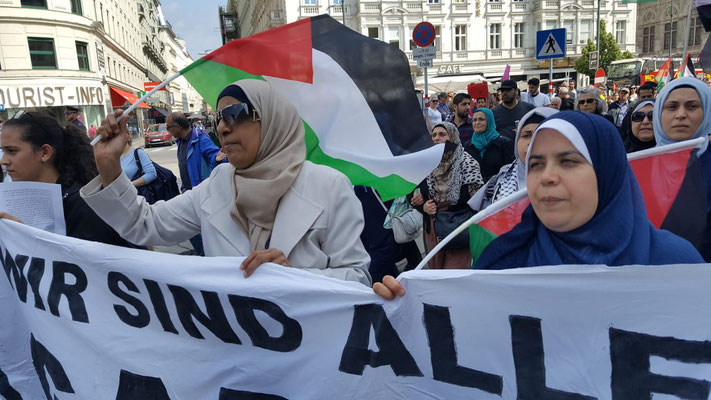 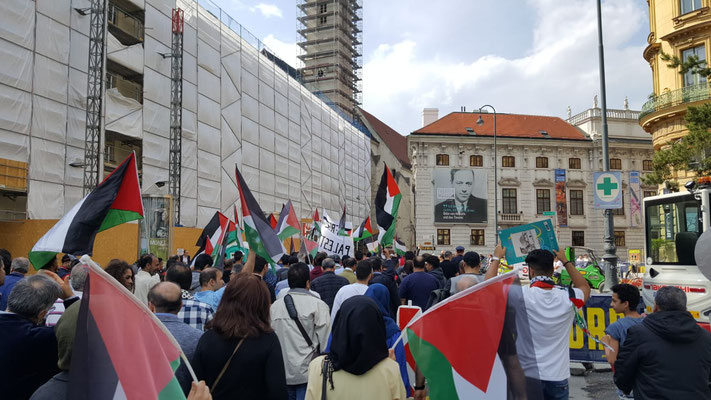 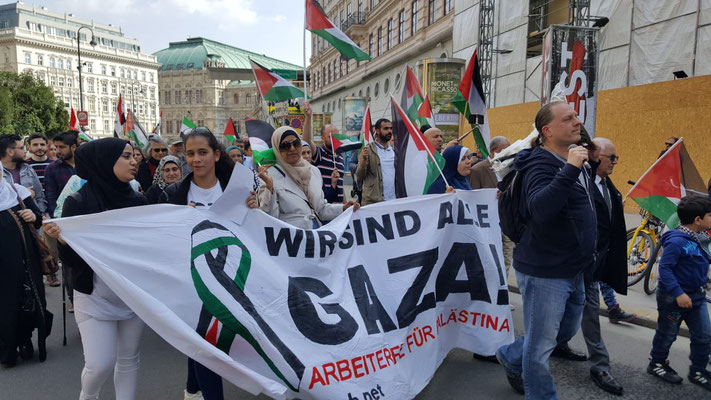 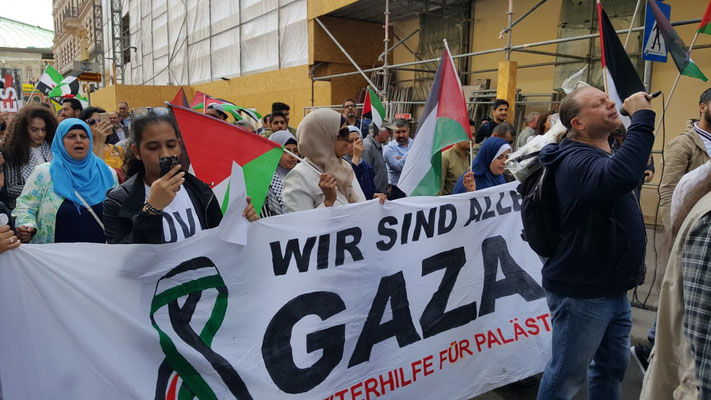 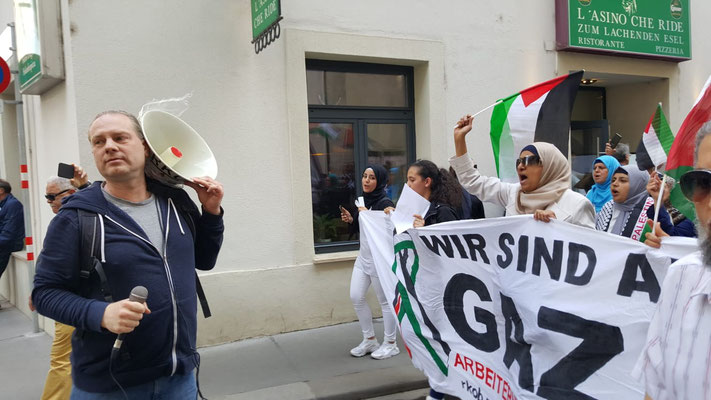 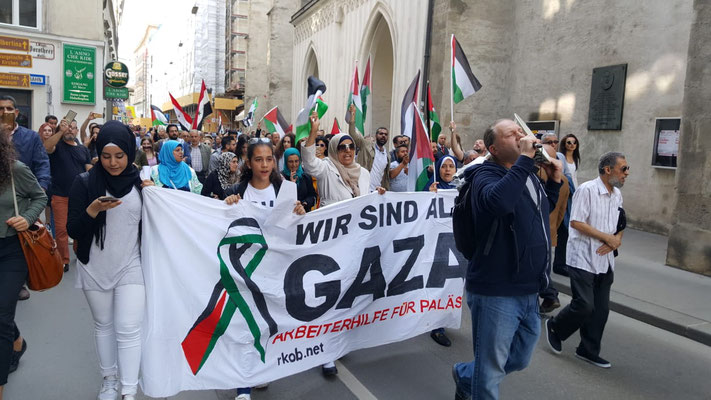 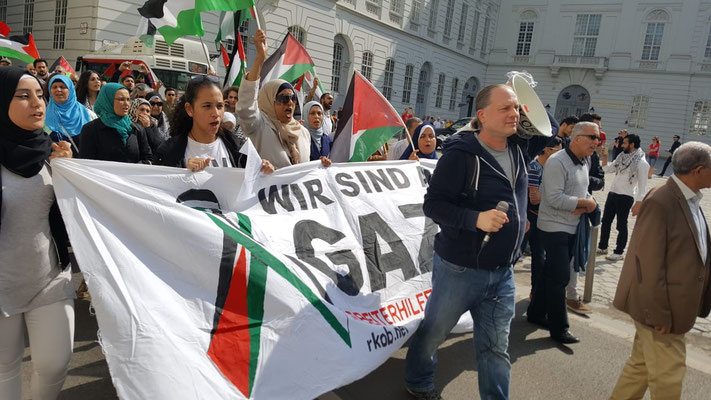 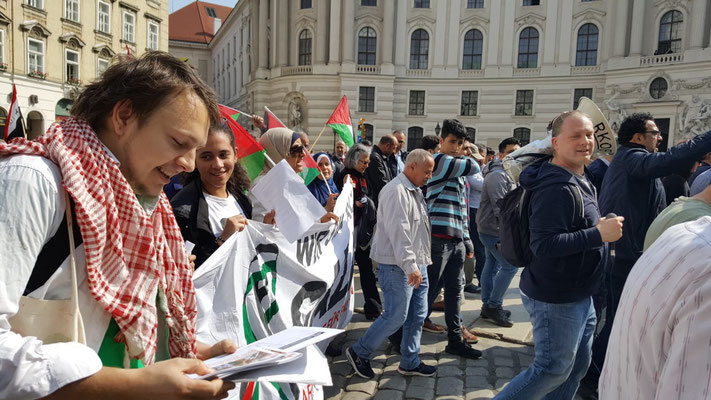 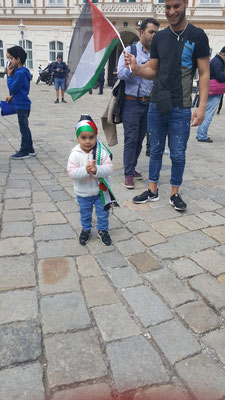 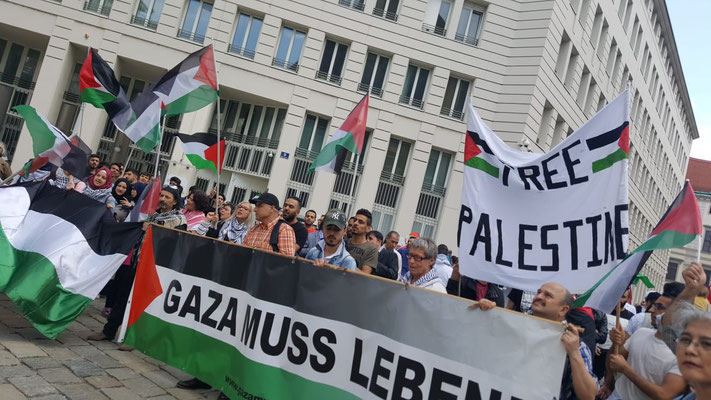 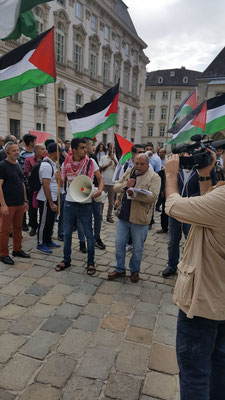 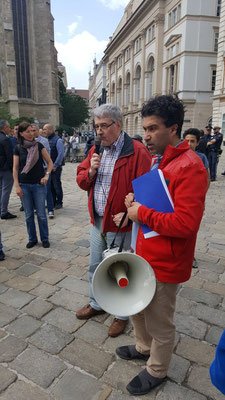 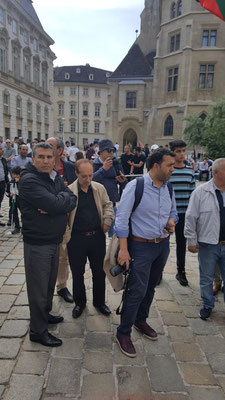