Iraq: Rally in Support of the Popular Uprising

Report (with Pictures and Video) from a Rally in Vienna on 25 October 2019, Austrian Section of the RCIT, www.rkob.net and www.thecommunists.net

About 100 migrants – mostly from Iraq but also from Syria – demonstrated in front of the U.S. embassy in Vienna (Austria). They expressed their support for the popular uprising which is going on now for weeks. Demonstrators demanded the expulsion of the American as well as of the Iranian troops from Iraqi soil. They also denounced the brutal suppression of the popular upsurge. Until today more than 157 people have been killed, according to official statistics! And just today, at least another 30 demonstrators have been murdered by the regime!

The rally was also attended by a number of Syrian migrants which reflected that the struggle against the tyranny in Iraq and Syria is one and the same.

The rally was addressed by several Iraqi speakers as well as by Michael Pröbsting, International Secretary of the RCIT. Our comrade was asked to speak twice. He stressed the solidarity of the RCIT with the popular uprising. He called for an end of the domination of Iraq by U.S. imperialism as well as by the Mullah regime of Iran. He also emphasized that the current revolt in Iraq is part of a global wave of popular uprising. 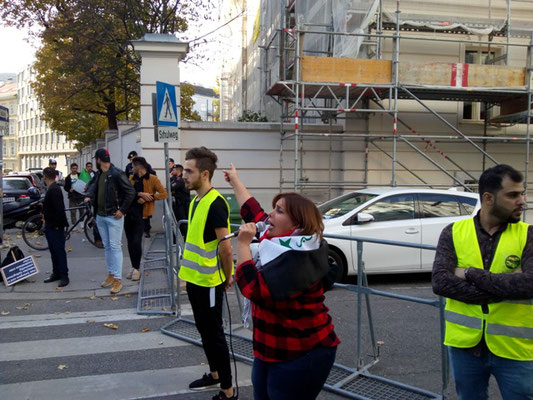 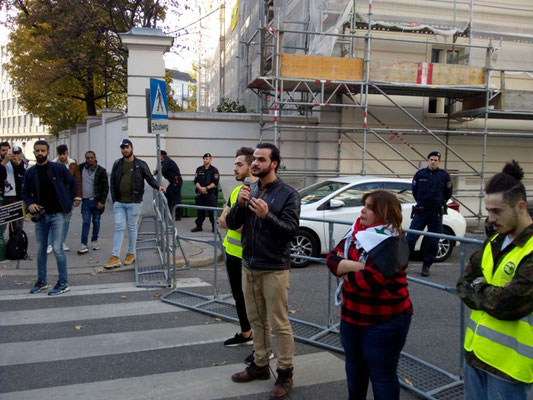 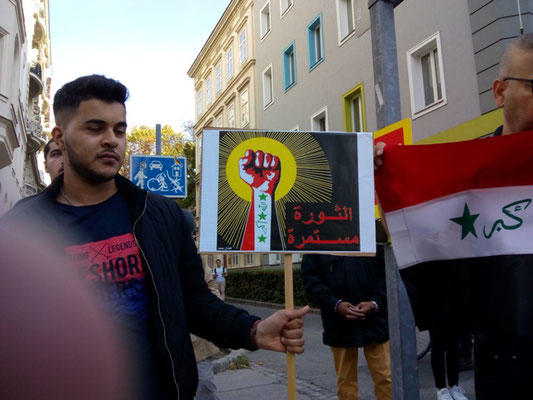 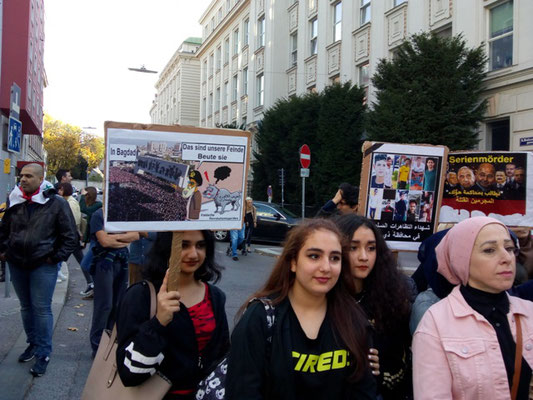 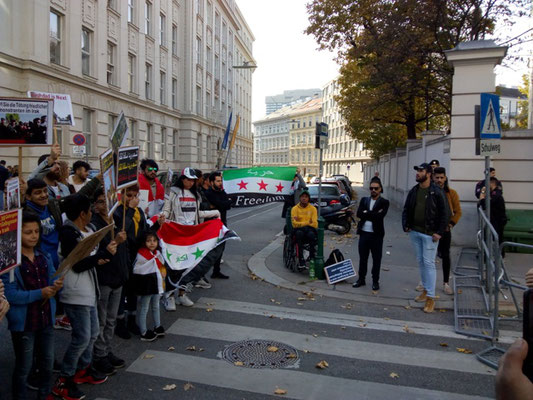 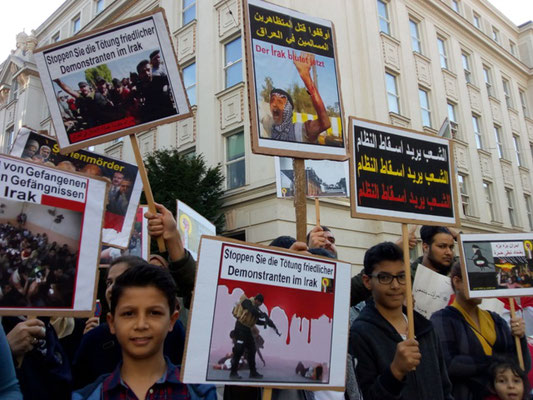 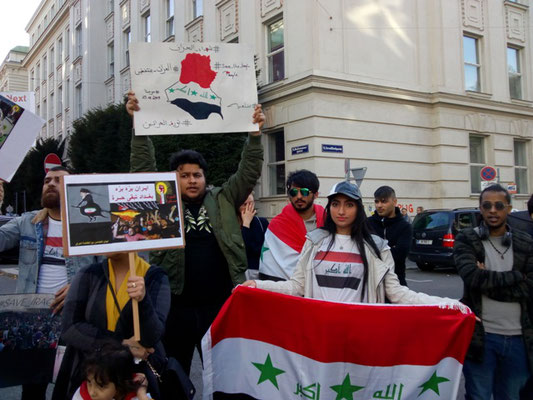 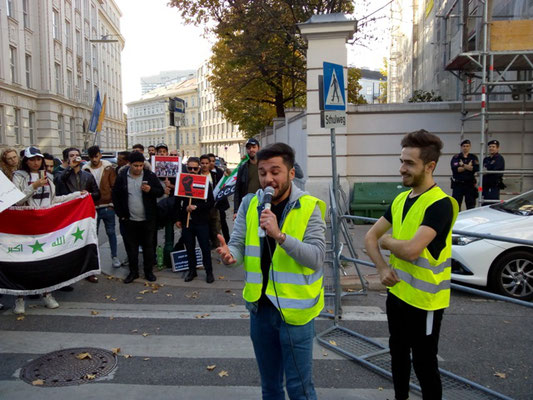 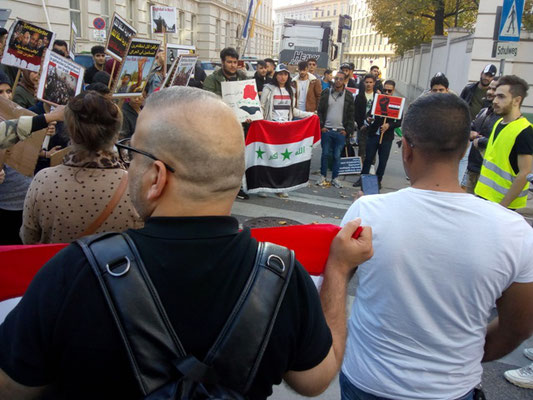 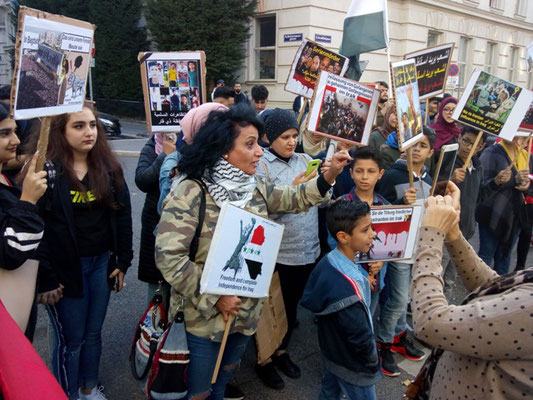 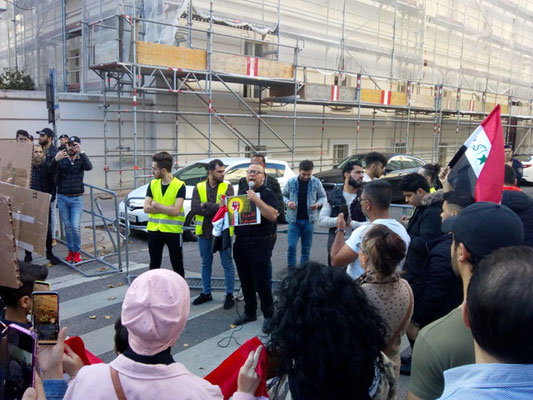 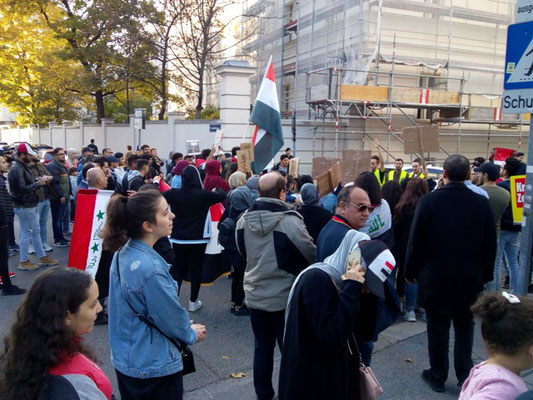 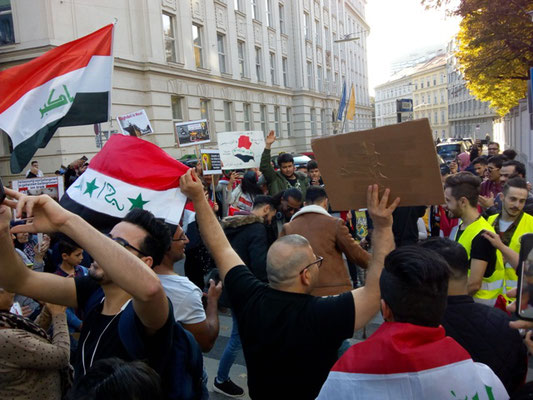 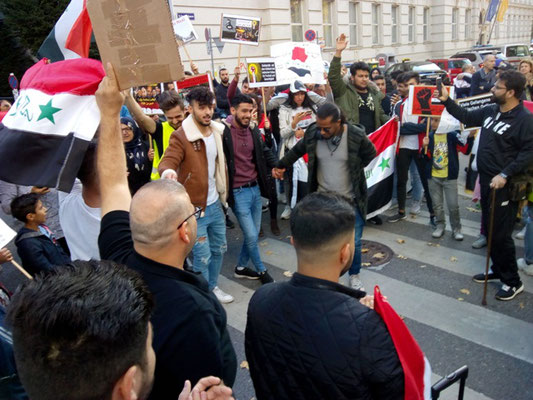 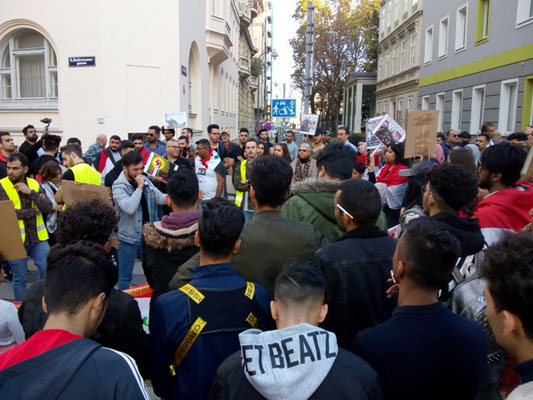