Argentina: Rally in Front of the Cuban Embassy

Report (with Pictures and Videos) by a Correspondent from Convergencia Socialista (RCIT Section in Argentina), 21 July 2021, https://convergenciadecombate.blogspot.com

Yesterday our party organized a rally in front of the Cuban embassy to support the people of that country. The Cuban masses are facing austerity programs as well as repression in the streets by the false socialists led by Díaz Canel and the Stalinist bureaucracy. The event was convened with the slogans “Neither parasites nor worms!”. We drew clear lines of demarcation with the counterrevolutionary opposition organized from Miami. It is the established position of Trotskyism to fight for the end of the regime, for a workers government, based on their democratic decision-making bodies.

At the beginning Matías, an independent comrade, read a text written on his blog. This was followed by reading out messages from the Revolutionary Communist International Tendency and from a revolutionary group in Peru called "Anticapitalistas" were announced. The next speaker was Jésica, a female comrade from Convergencia Socialista and Autodefensa del Arte, who read an emotional poem. She was followed by Gabriela Capurro, a female leader of CS who has been threatened with death by Stalinist thugs, who explained her situation and called for a repudiation of these attacks. Finally, the act was closed by a speech of our leader Juan Giglio, who at the end made a call to set up a Workers' and Socialist Solidarity Committee. 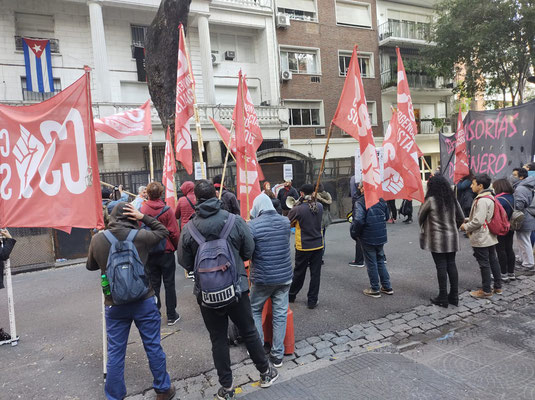 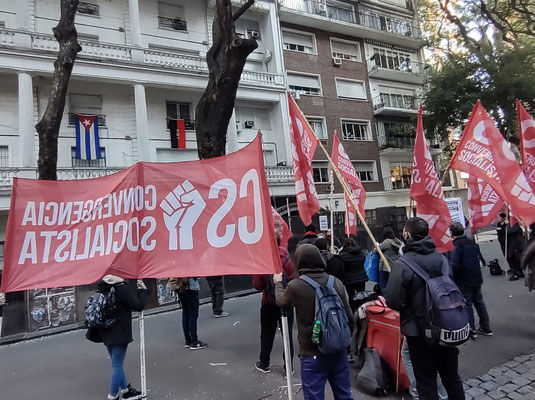 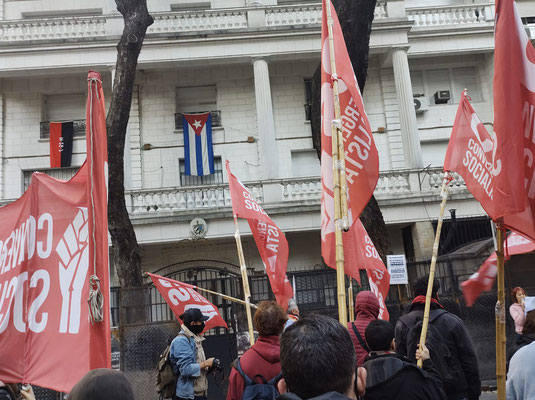 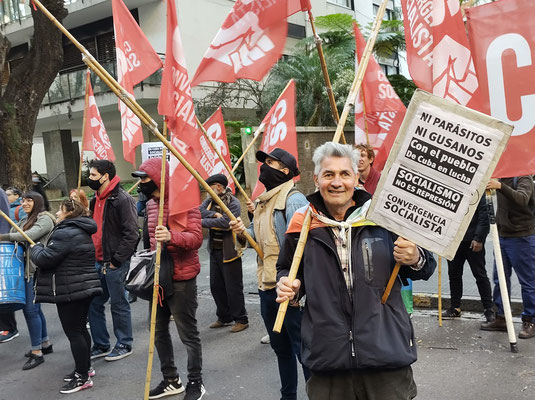 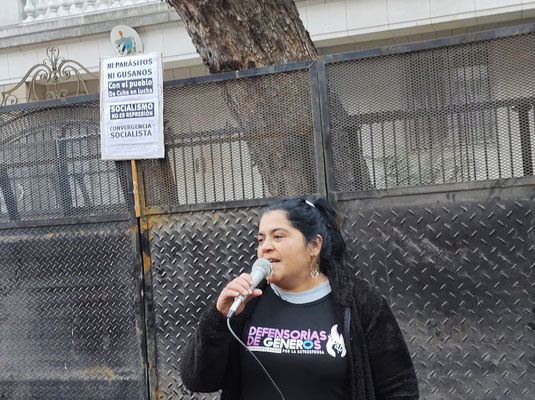 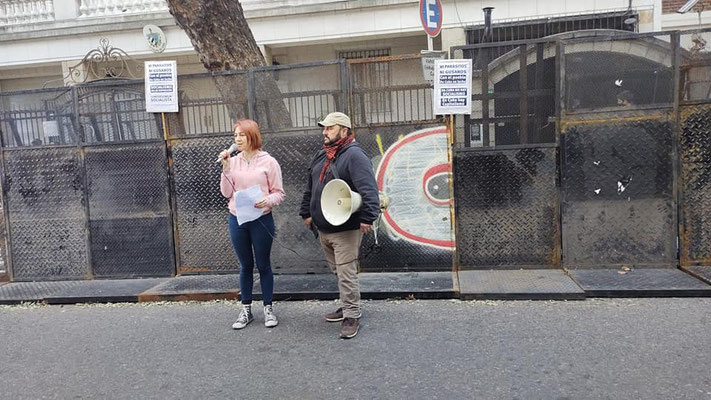 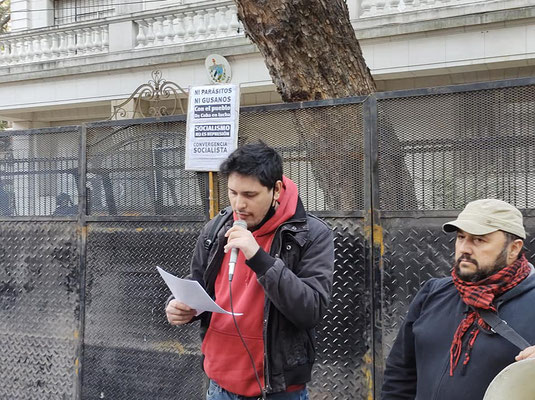 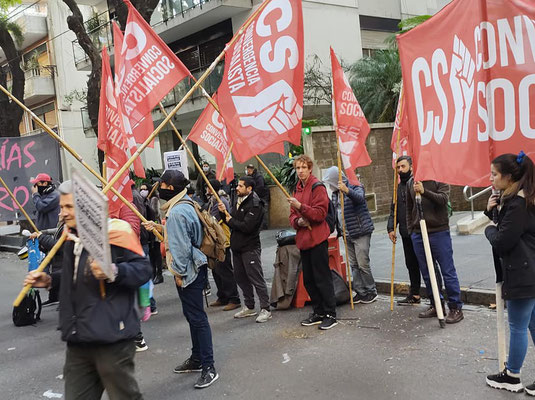 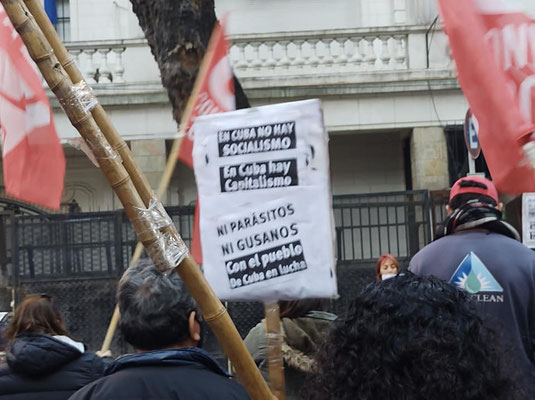