Hundreds Demonstrate in Vienna in Solidarity with East Ghouta

Report (with Pictures and Video) from the Austrian Section of the Revolutionary Communist International Tendency (RCIT), 23.2.2018, www.rkob.net

Today, several hundred Syrian migrants demonstrated in front of the Russian embassy. They expressed their outrage about the ongoing massacre of the Assad regime with the support of the Russian Air Force against the Syrian people in East Ghouta.

The Austrian section of the RCIT was invited by the organizers to participate in the rally. Michael Pröbsting, the International Secretary of the RCIT, addressed the rally as the only speaker. In his speech, comrade Pröbsting sharply denounced the terrorist regime of Bashar al-Assad as well as Russian imperialism.

Comrade Pröbsting also condemned the hypercritical Western governments who currently cry crocodile tears about the tragic fate of the people in East Ghouta. But in all those years they have refused to send anti-aircraft missiles to the Syrian liberation fighters so that they could defend themselves against the Assadist and Russian killing machines. In fact, the Western imperialists don’t like Assad, as he is a Russian puppet, but they prefer his regime to a victorious revolution of the Syrian people.

The RCIT and its Austrian section will continue to support the Syrian Revolution together with the Syrian brothers and sisters.

Pictures of the rally and the video of the speech of Michael Pröbsting (in German language) can be viewed below.

The RCIT has published numerous articles and documents on the Syrian Revolution which can be read on the RCIT's website at https://www.thecommunists.net/worldwide/africa-and-middle-east/. 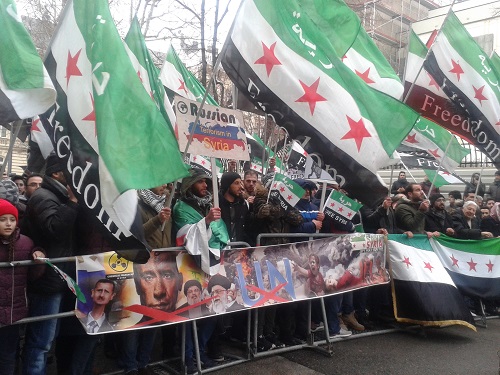 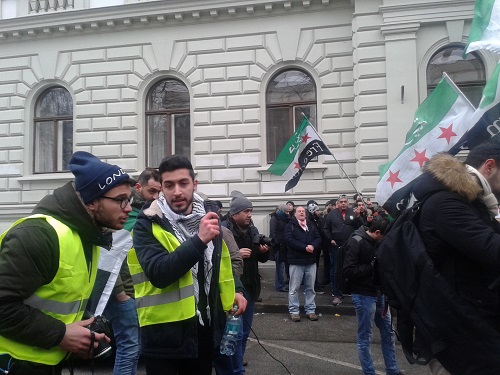 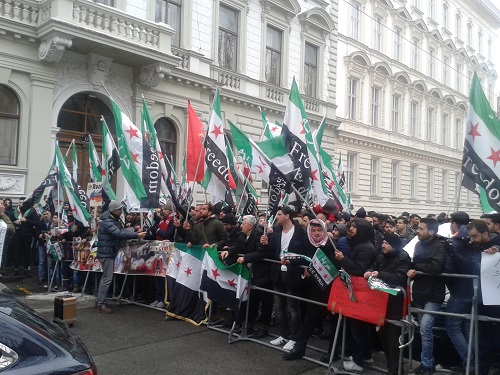 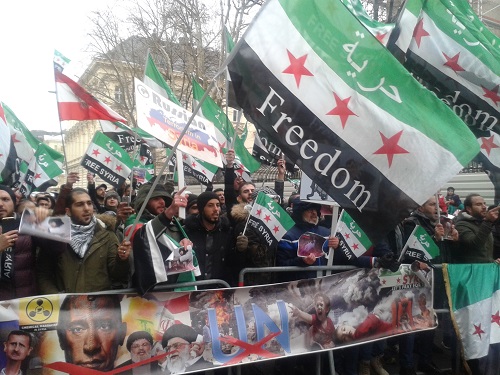