Report (with Pictures and Video) from the Austrian Section of the Revolutionary Communist International Tendency (RCIT), 04.07.2018, www.rkob.net

Today, about more than hundred Syrian and Ahwazi migrants and refugees hold a protest rally in the centre of Vienna. The protest was caused by the visit of Iranian President Rouhani who met the Austrian right-wing government. According to news agencies Russia’s and China’s foreign ministers are also supposed to join the negotiations.

The Austrian section of the RCIT was invited to participate in the rally. Comrade Michael Pröbsting, the International Secretary of the RCIT, was asked to address the rally (see the video of his speech below). He stated our solidarity with the liberation struggle of the Syrian people as well as of the Ahwazi people. He said that we are protesting against the Iranian regime but not against the Iranian people who rightly protested repeatedly against the regime in the past few months. Furthermore he made clear that we absolutely oppose any interference of US or Israeli imperialism.

The RCIT has published numerous articles and documents on Iran as well as the Syrian Revolution which can be read on the RCIT's website at https://www.thecommunists.net/worldwide/africa-and-middle-east/. 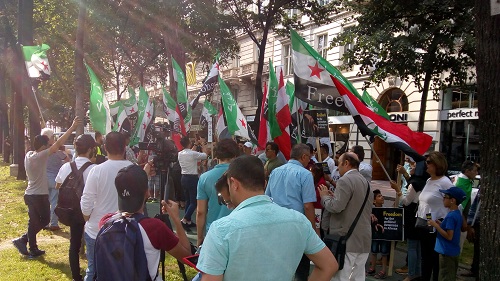 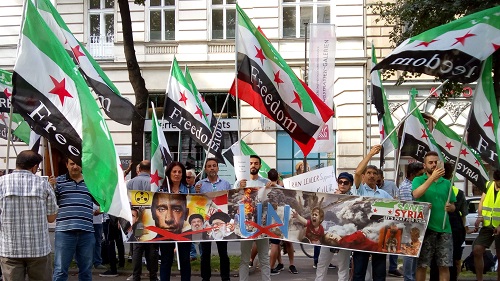 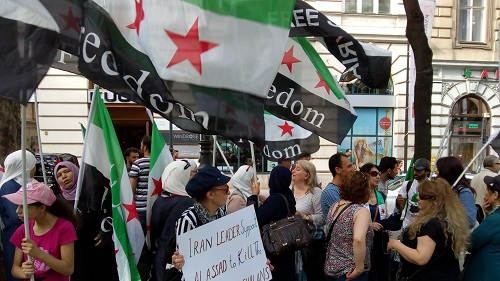 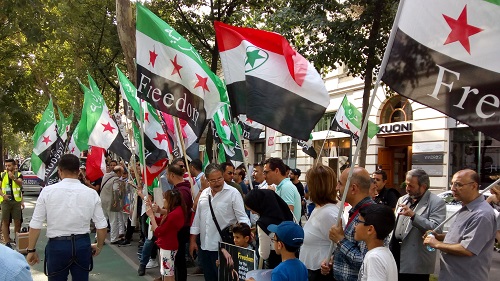