Chechnya: Rally against the Murder of Zelimkhan Khangoshvili by the Russian Security Service

Report (with Pictures and Videos) from a Rally in Vienna on 30 August 2019, Austrian Section of the RCIT, www.rkob.net and www.thecommunists.net

About 50 migrants from Chechnya held a rally in Vienna (Austria) in front of the Russian embassy. They protested against the killing of the Chechen liberation fighter Zelimkhan Khangoshvili. Khangoshvili was assassinated in Berlin on 23 August by an agent of the Russian security service.

The rally was led by Iskhanov Huseyn, the spokesperson of the Chechen migrant community in Austria.

The rally was addressed by a number of Chechen speakers. Our comrade Michael Pröbsting, International Secretary of the RCIT, was asked to speak twice – in German respectively in English language. He sharply condemned the murder of brother Khangoshvili and emphasized the unconditional support of the RCIT for the liberation struggle of the Chechen people.

A key statement of the RCIT on Chechnya can be read here: https://www.thecommunists.net/worldwide/europe/solidarity-with-the-liberation-struggle-of-the-chechen-people/ 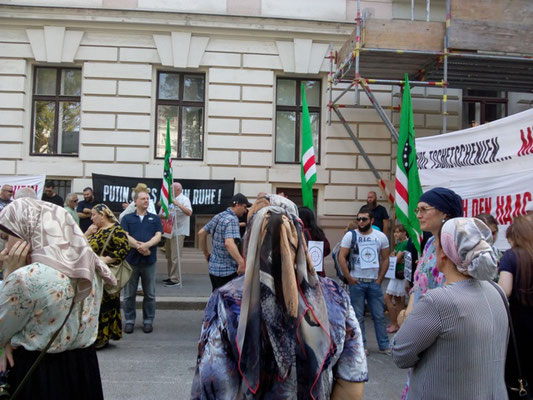 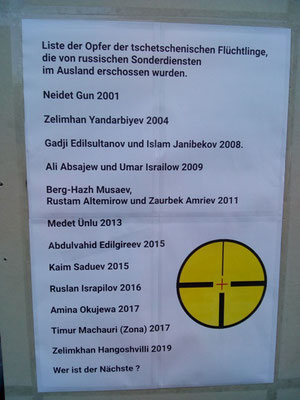 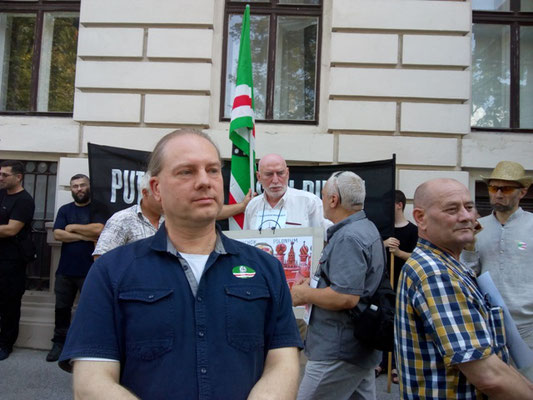 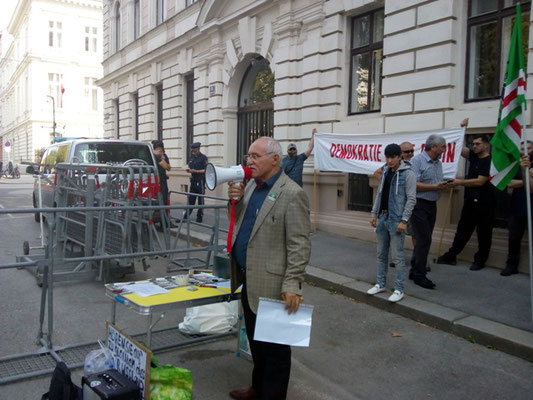 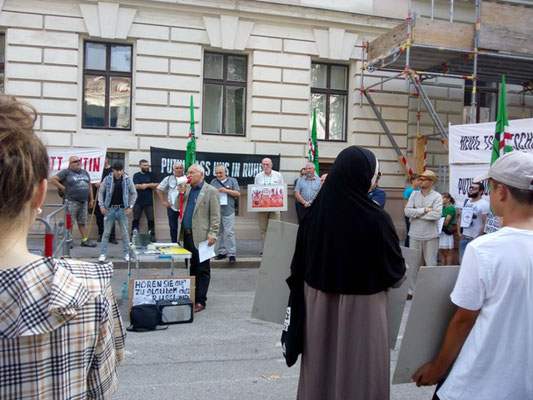 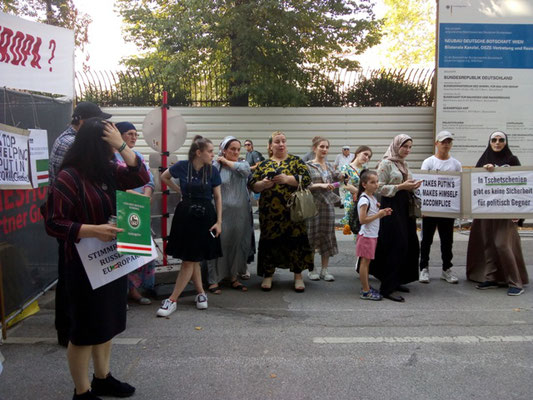 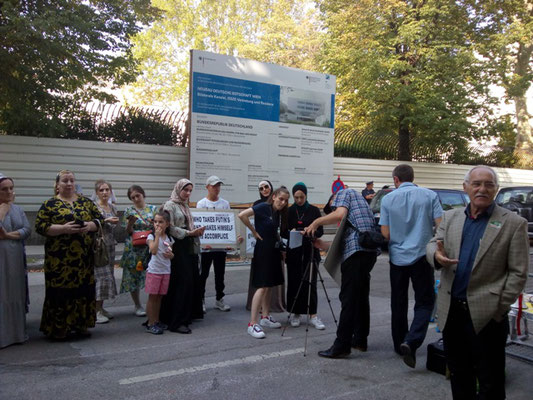 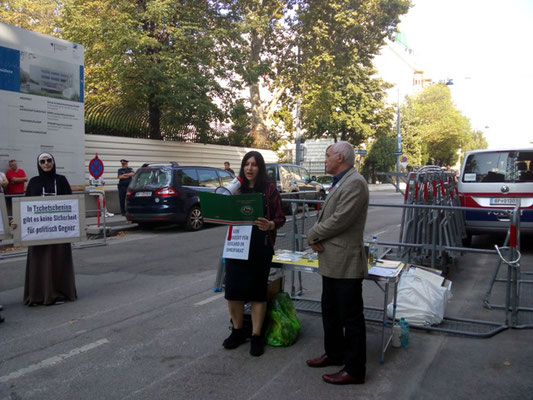 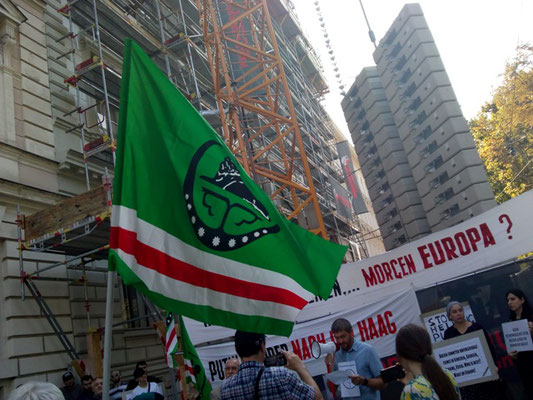 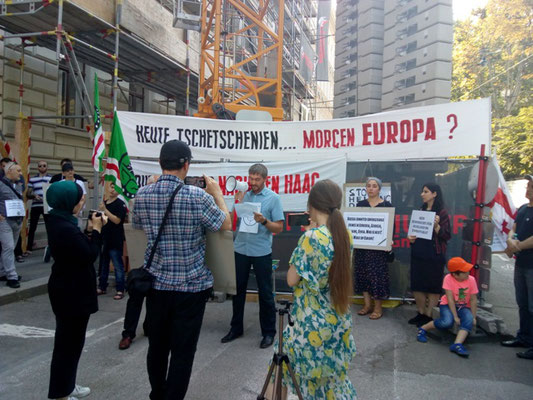 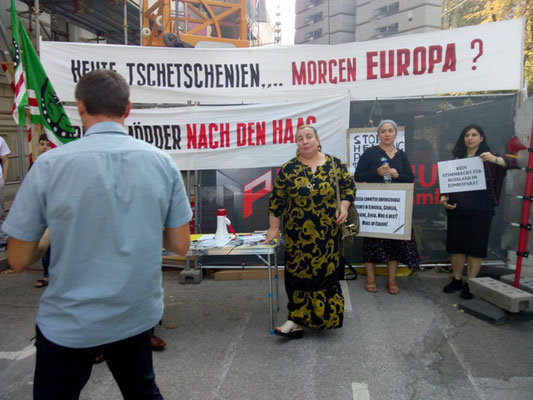 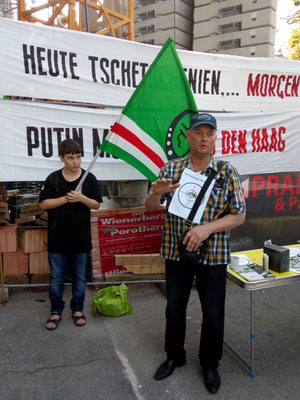