Rally on the 10th Anniversary of the Egypt Revolution 2011

Report (with Photos and Videos) from a Rally in Vienna on 24 January 2021, Austrian Section of the RCIT, www.rkob.net and www.thecommunists.net

The Egyptian migrant community in Vienna organized a rally on 24th January to commemorate the 10th anniversary of the Egypt Revolution. Ten years ago, the Egyptian workers and poor toppled the regime of the dictator Mubarak via a popular uprising. This revolution was an important victory as it secured important democratic rights. However, the days of freedom didn’t last for long. On 3rd July 2013, General Sisi launched a bloody military coup. Since then, the regime has killed thousands of people and threw more than 60.000 people into prison.

The rally was addressed by Ibrahim Ali, the leader of the Egyptian migrant community in Austria.

Activists of the Austrian section of the RCIT attended the rally. Our comrade Michael Pröbsting, International Secretary of the RCIT, delivered a speech in which he stressed the solidarity of the RCIT with the resistance of the Egypt people against the military dictatorship.

A video of the rally has been produced by DI Mohamed Alaswani. It can be viewed at https://www.youtube.com/watch?v=bjmhjcw9JBY&feature=youtu.be 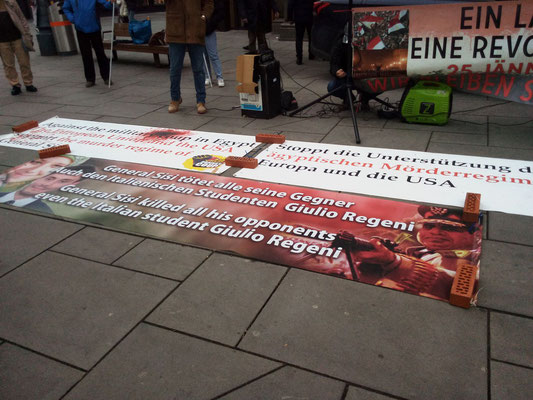 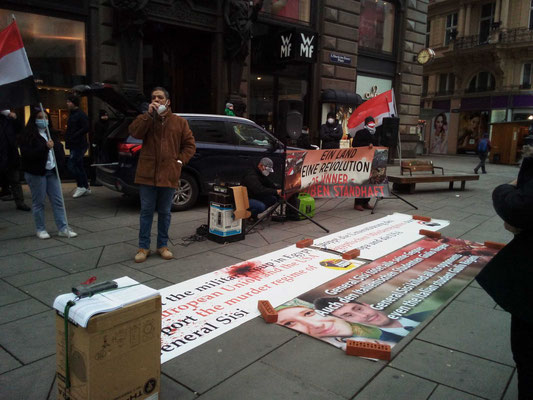 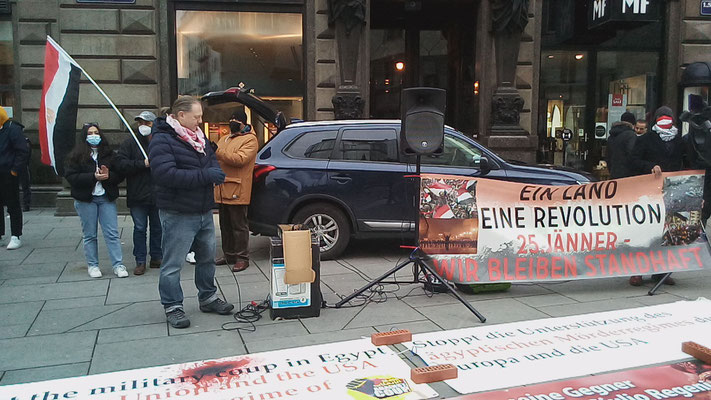 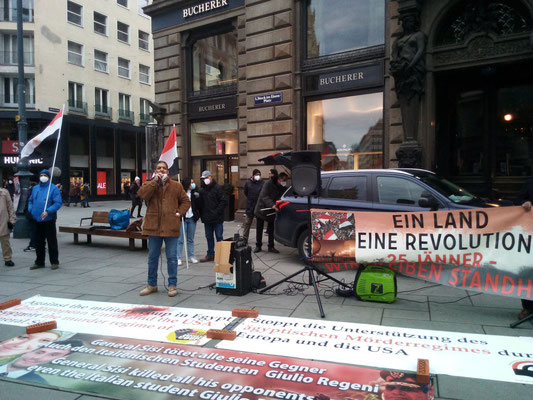 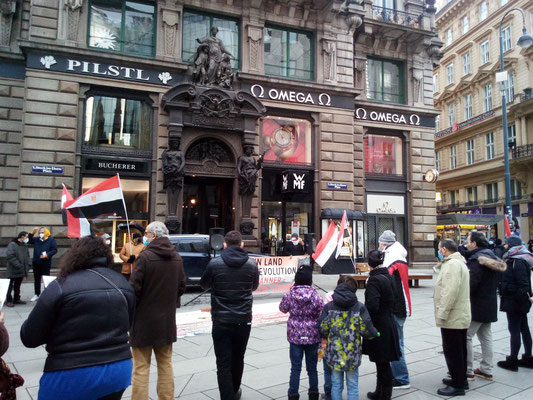 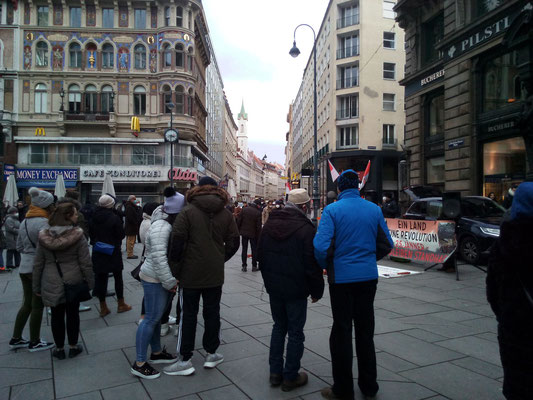