Yemen: Popular Mass Demonstration in Solidarity with the Palestinian People

Report (with Pictures) by Mohammed (RCIT Yemen), 15 May 2018, www.thecommunists.net

The outrageous massacre which the Israeli army committed against the Palestinian people on 14 May has provoked a wave of solidarity among the popular masses around the world. Such solidarity has been felt particularly strongly in our country.

As a result, thousands of Yemeni people demonstrated in capital Sana'a under the slogan "America and Israel die and Jerusalem lives!" (See pictures below) We showed the world that Gaza is not alone and that the Yemeni workers and oppressed are fully committed to international solidarity with the liberation struggle of the Palestinian people.

We feel very strongly with the besieged Palestinian brothers and sisters in Gaza as we are besieged ourselves. In our case it is the Saudi-led aggressors, supported by Western imperialism, which are attacking our country since three years. These corrupt and decadent rulers are responsible for the killing of at least 11,000 people, most of them civilians. Millions have been displaced, are starving or suffer from cholera.

But despite these difficult conditions we remain steadfast. And likewise will our solidarity with the Palestinian brothers and sisters continue. The Yemeni people keep proving that no matter what happens, Palestine will always be a central cause of their struggle! 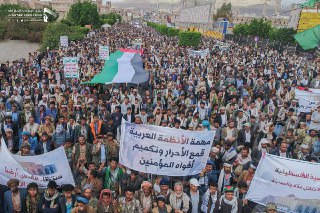 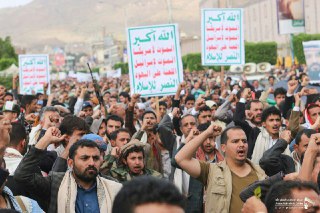 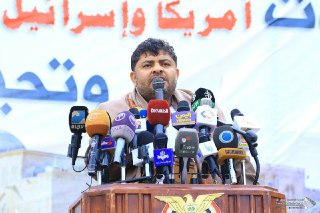 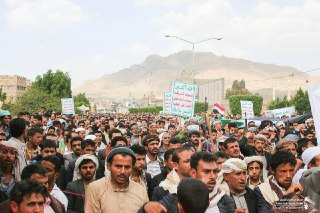 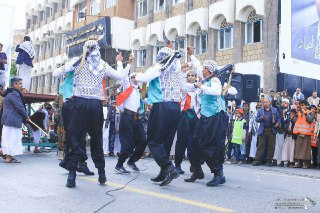 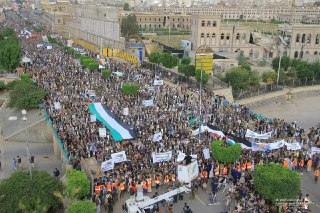 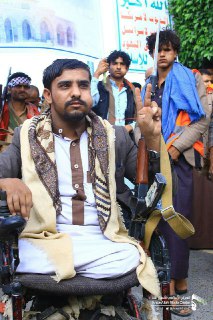 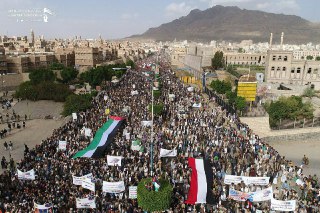 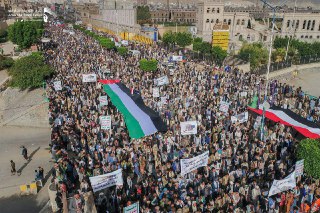 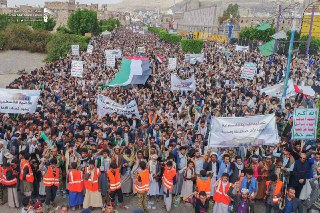