Free Lula! Rally in Protest against the Coup d’Etat in Brazil

Report (with Pictures and Videos) from the Austrian Section of the Revolutionary Communist International Tendency (RCIT), 14.08.2018, www.rkob.net

Yesterday, dozens of people – most of the Latin American migrants – assembled in Vienna close to the Brazilian embassy. They condemned the institutional coup d'etat and demanded the liberation of the imprisoned former President Lula. (See pictures below)

Comrades of the Austrian section of the RCIT participated in the rally. Michael Pröbsting, the International Secretary of the RCIT, addressed the rally with a speech. (See video below)

While expressing our critique of the reformist policy of Lula and his party (the PT – Workers Party), we condemned the institutional coup d'etat of the reactionary bourgeoisie and demanded the release of Lula and all other political prisoners.

We refer readers also to numerous reports and article of the Brazil section of the RCIT which can be read in the Latin America section of our website: https://www.thecommunists.net/worldwide/latin-america/ 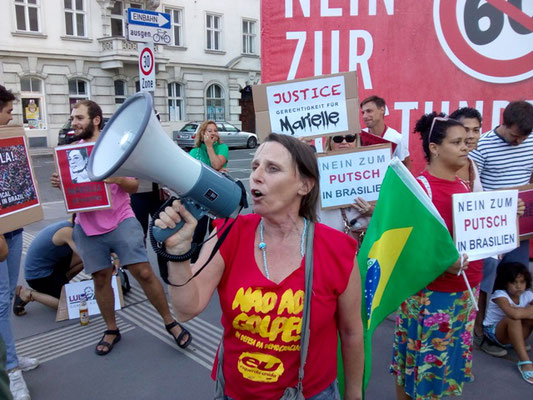 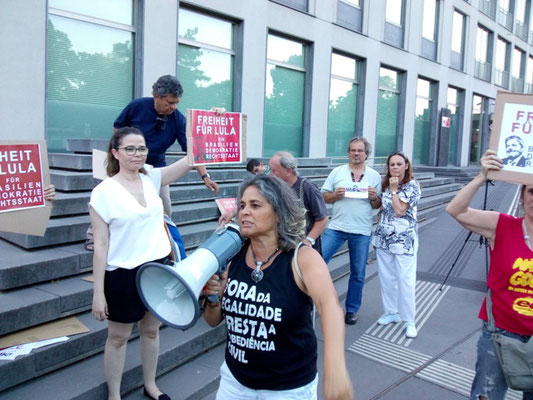 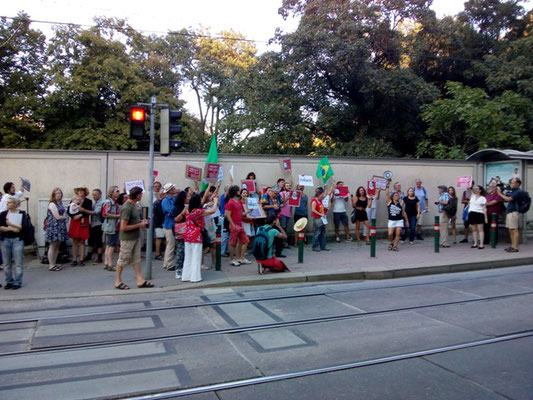 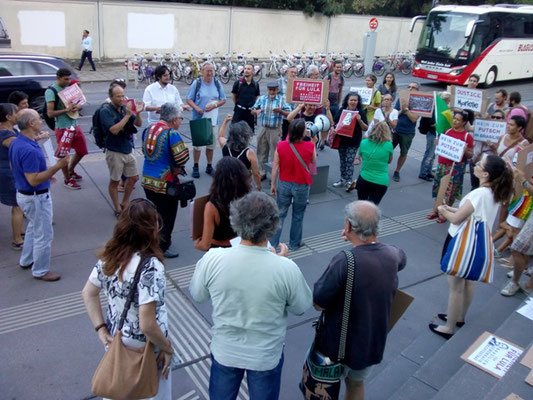 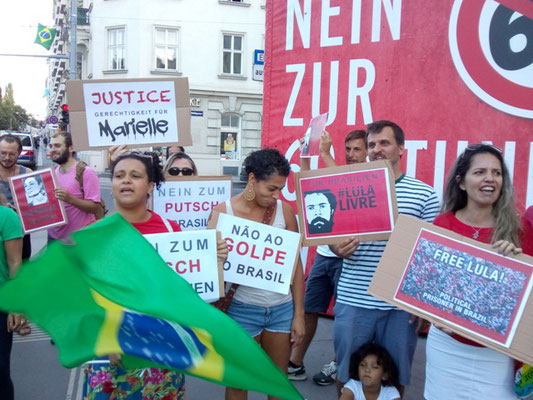