Protest against Trump Visit to Britain

Report (with Pictures) by the RCIT Britain, 17 July 2018, www.thecommunists.net

U.S. President Trump arrived in Britain on 12 July and stayed away from London because of the mass opposition to his racists misogynist and Islamophobic views. The main demonstration in London West End was the biggest for some time numbering over a quarter of a million people marching.

Much of the march was in a carnival flavour with many placards denouncing Trump – “Dump Trump” was the most common. There were also many pacifists preaching “Love not Hate”.

As a true popular mass demonstration, it was composed of all ages – children, young people and older people. It was an outpouring of opposition and hatred of all that the misogynist Trump stands for with his reactionary political positions.

There were also many NGO's represented and environmental groups representing concerns for Trump's policy on the environment and climate change.

The trade unions were also represented. Many unions had with big delegations with huge balloons representing Unite, RMT, CWU and PCS and others. This showed the strength of the working class.

The main centrist groups – the SWP and the Socialist Party – were well organised with several marquees. The IMT and the AWL were also present. Their main slogans were for a Corbyn-led Labour government and a general election now.

The police photographed thousands of people from their helicopter. It was reported that £10 million had been spent on recruiting police from all over the country.

The demonstration was held up for an hour and half in order that the police could photograph and identify people! This was a massive state inspired exercise – no doubt a practice run for future confrontations with the masses.

This march was international in flavour with many cultures represented including a separate bloc of Palestinians. Many other Arabs were present from Syria, Iraq, Egypt and other countries.

The march represented the emergence of a mass opposition to Trump and the neo-colonial policy of other imperialist countries. His intervention in British politics also caused a stir amongst ruling class circles in Britain and in Europe. The March eventually made its way to Trafalgar Square where the marchers were addressed by Jeremy Corbyn and other reformist leaders.

Supporters of the RCIT Britain participated in the demonstration. We sold a number of copies of our section’s Bulletins as well as of the RCIT’s international journals. 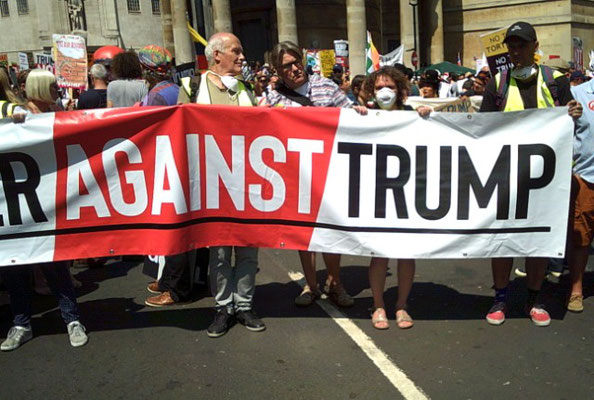 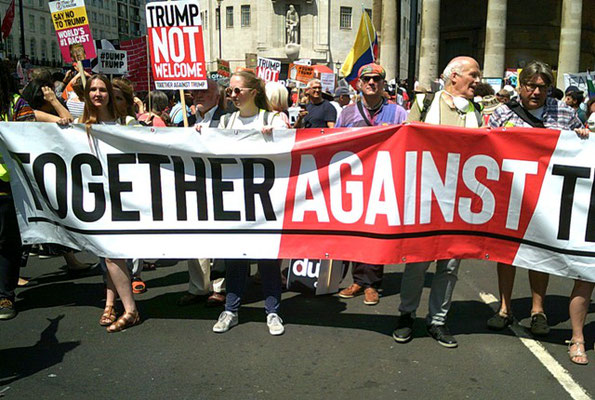 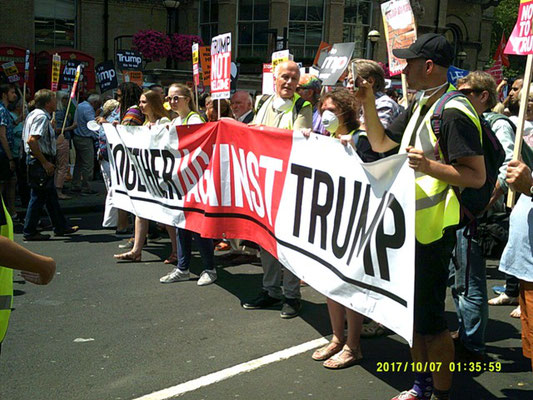 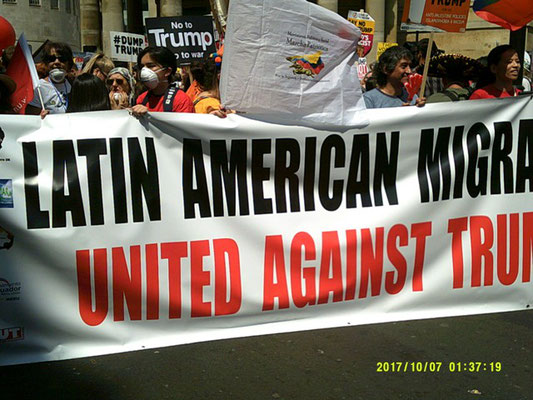 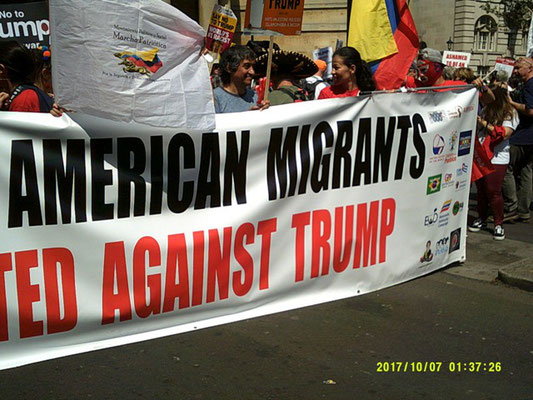 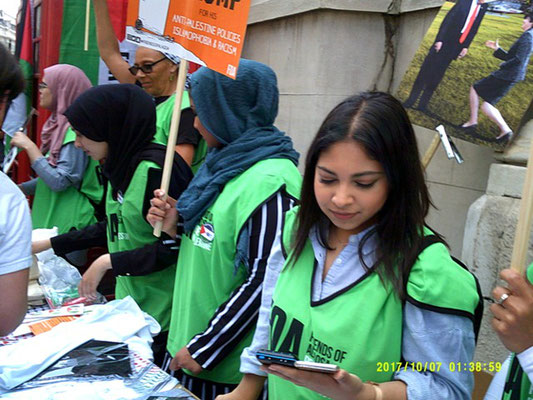 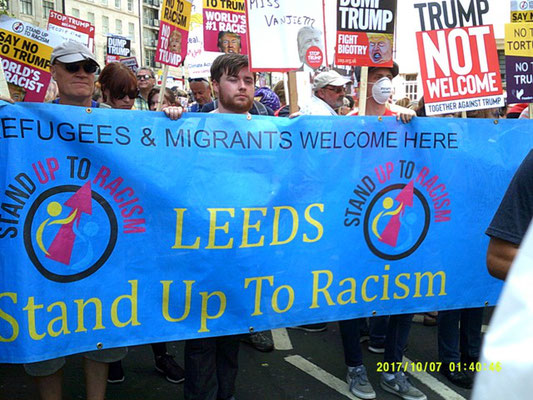 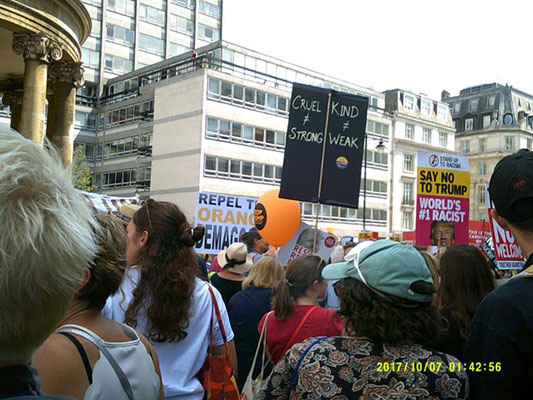 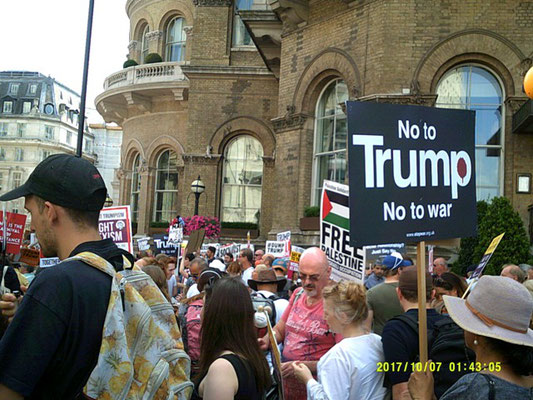 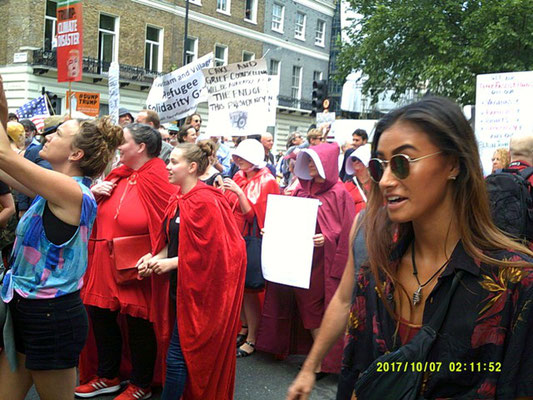 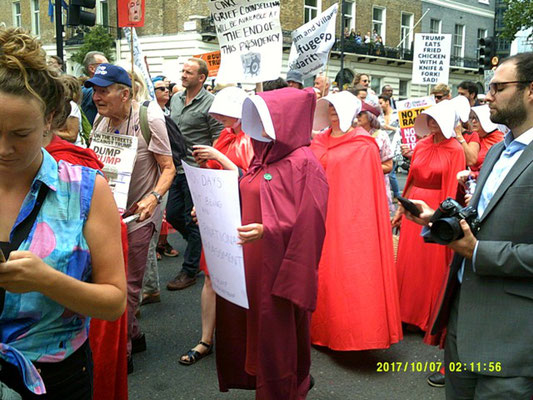 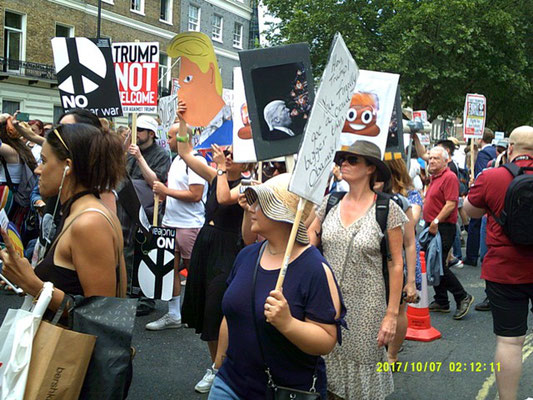 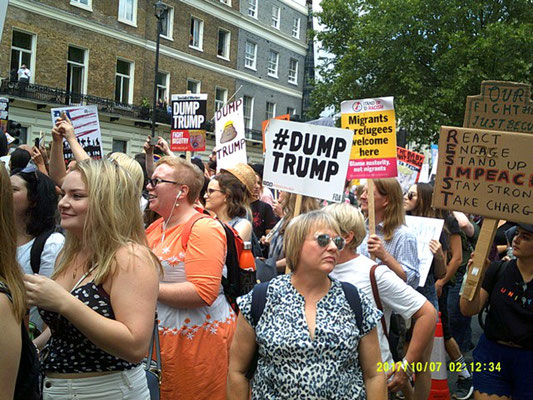 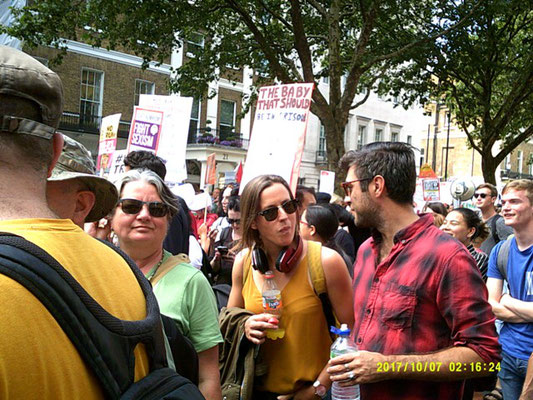 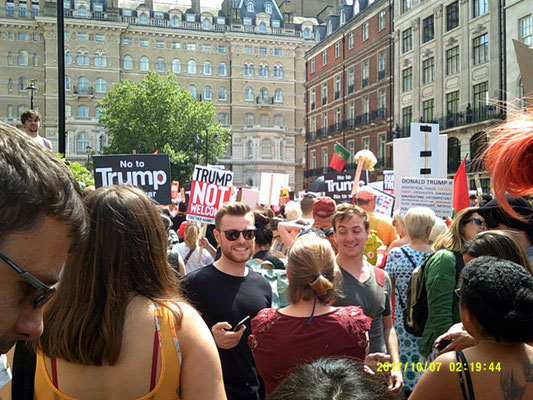 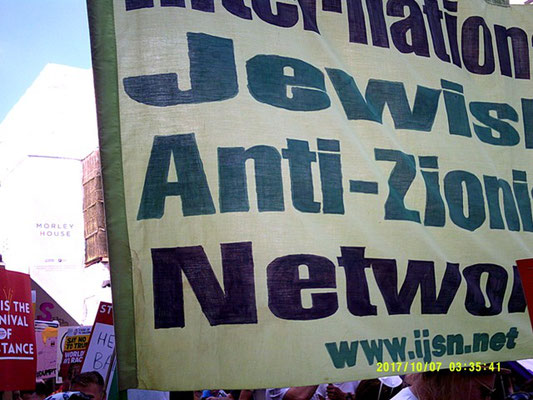