Rally in Support with the Popular Uprising in Iraq

Report (with Pictures and Videos) from a Rally in Vienna on 2 February 2020, Austrian Section of the RCIT, www.rkob.net and www.thecommunists.net

About 100 migrants from Iraq and other Arab countries assembled in the centre of Vienna (Austria). They called for support with the popular uprising in Iraq where people, many of them youth, are demanding the downfall of the corrupt regime. Speakers at the rally also denounced the brutal crackdown of the mass protests in Iraq in which pro-Iranian militias play a central role.

The rally was addressed by several male and female speakers from Iraq as well as by Michael Pröbsting, International Secretary of the RCIT. Our comrade emphasized once more the RCIT’s support for the popular uprising. He denounced the reactionary interference in Iraq by the Iranian Mullah regime as well as by U.S. imperialism. He also emphasized the need to fight for a workers and popular government. Michael Pröbsting also stressed the need for international solidarity on the basis of support for all liberation struggles. 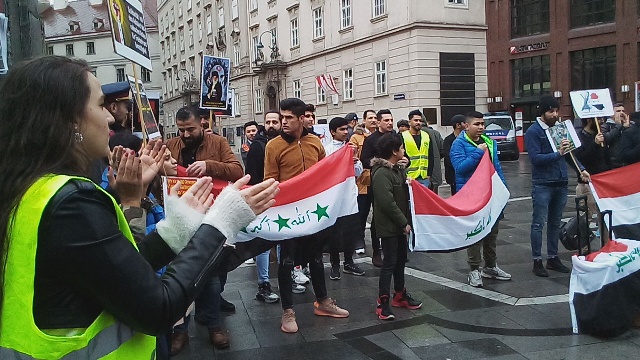 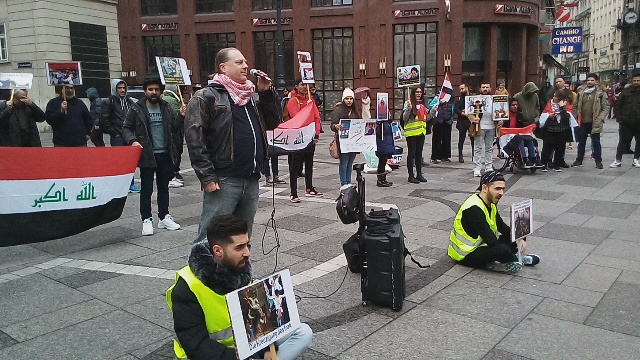 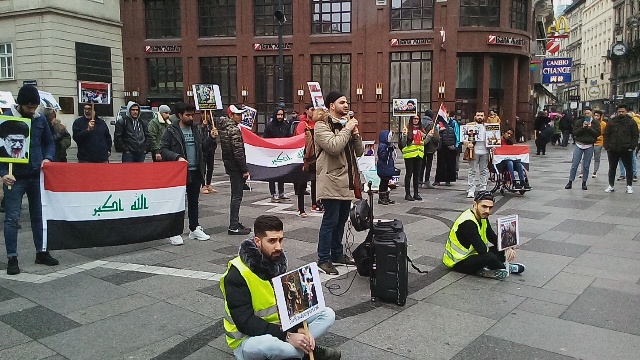 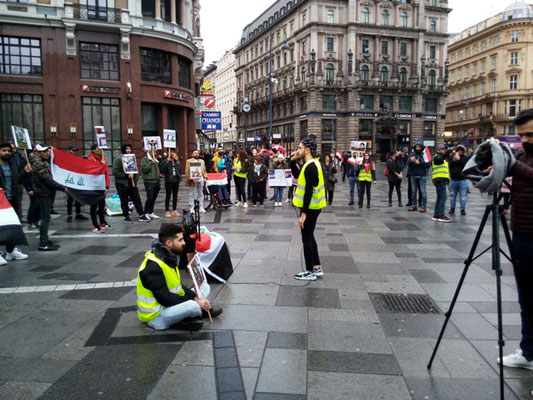 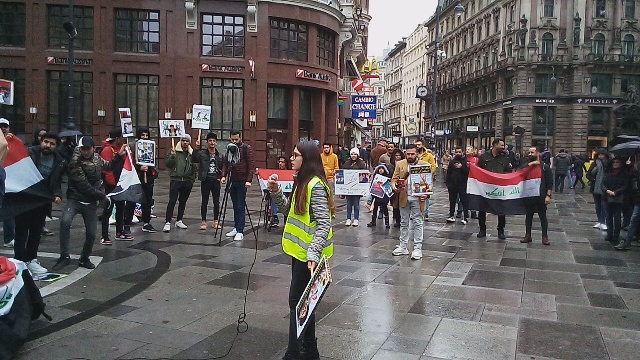 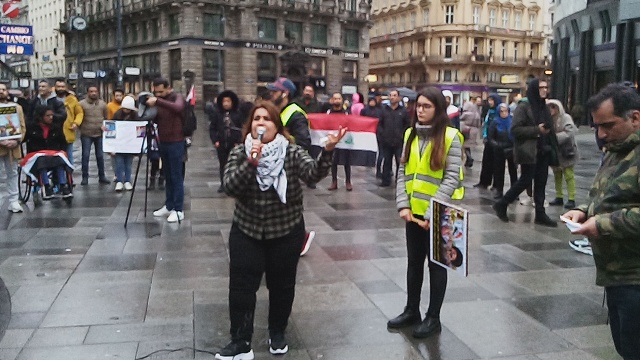 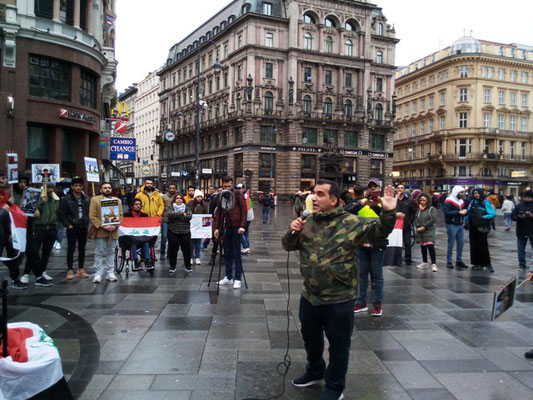 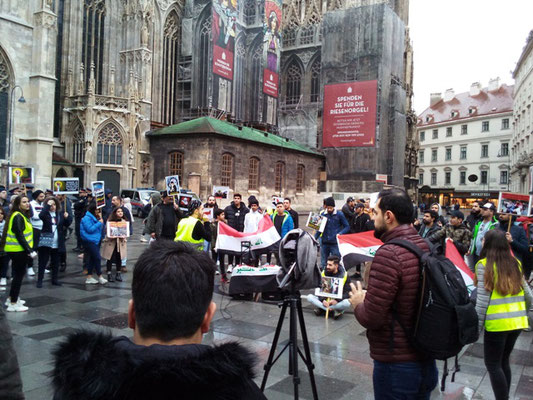 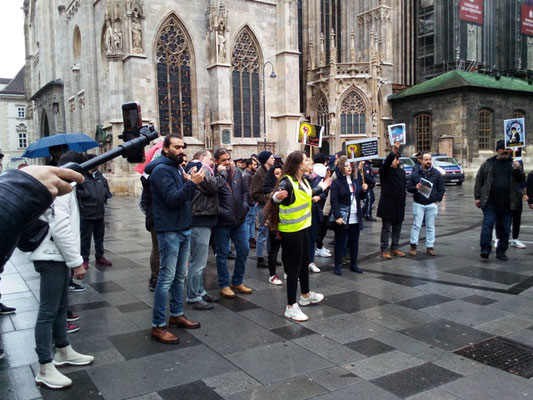 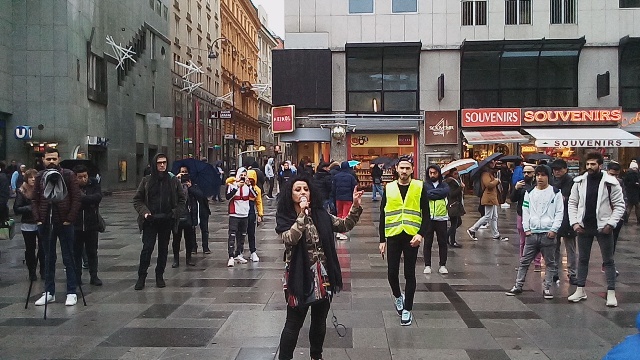 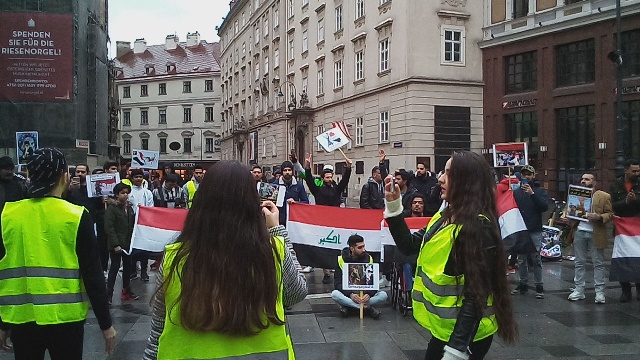 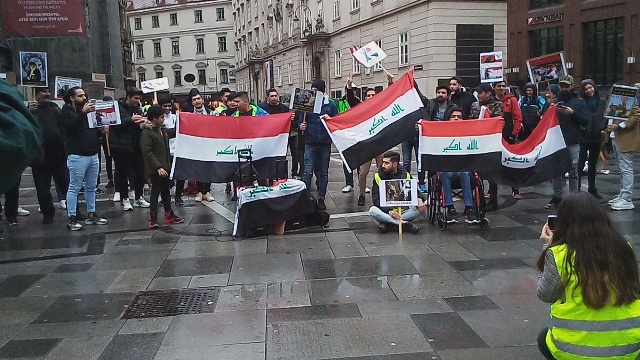 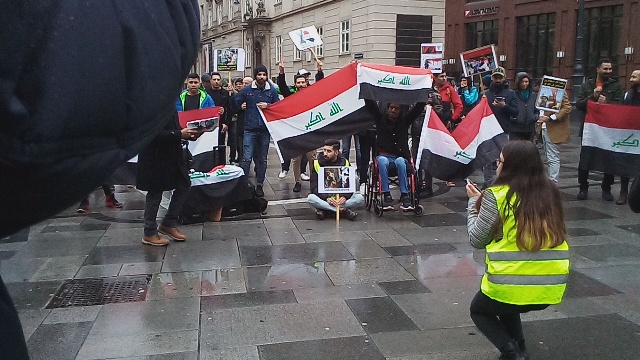 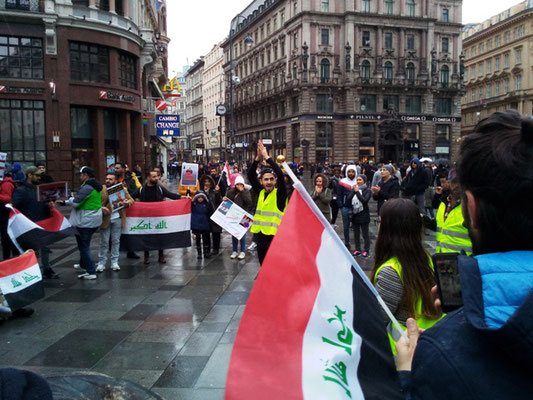