By the Central Committee of the Revolutionary Socialist League (Kenya), 9 June 2020

On Monday, 8th June 2020, the people of Kenya took to the streets of some of Nairobi's settlements to protest the outrageous and ever-increasing cases of police brutality. The protest was organised by the Revolutionary Socialist League in conjunction with the Mathare Social Justice Centre.

Since the start of the COVID-19 pandemic, the number of police killings have actually superseded the number of deaths by the Corona virus. These extra judicial killings have been happening with impunity, with the security apparatus publicly unapologetic and constantly increasing the use of force upon the people. Cases of police brutality and extra judicial killings in Kenya are not new, and have been happening on a regular basis in this neocolonial state. Clearly, the current state of Kenya is merely a continuation of the colonial system as imposed by the British imperialists.

The demonstration demanded an end to police brutality and killings. It further demanded;

1) Immediate suspension of rent for all Kenyans.

2) Subsidisation of food items for all Kenyans to curb malnutrition.

3) Provision of free and Universal healthcare for all Kenyans to curb the COVID-19 pandemic.

4) Immediate compensation for all Kenyans displaced by the state during the recent demolitions in Kariobangi, Korogocho and Ruai.

5) Immediate provision of clean water for all residents of Nairobi and other areas of the country.

The organisers of the demo outlined plans of conducting a nationwide campaign for the attainment of the said demands. This comes as the people of Kenya suffer the economic and social effects of the crisis presented by the corona virus pandemic as well as neoliberalism, with the overwhelming majority of the citizens lacking access to food, clean water and decent housing.

The Revolutionary Socialist League is certain that the people will emerge victorious.

Reports on the Demonstration in Global Media

Report on TV in Kenya: http://www.youtube.com/watch?v=gqvvD90TZYc

Message of Solidarity from the RCIT

The Revolutionary Communist International Tendency (RCIT) sends the warmest greetings to your protest rally. We share your outrage about the police brutality which has claimed so many lives in Kenya in recent weeks when the government imposed a brutal Lockdown regime under the cover of COVID-19.

This Lockdown supposedly serves to fight the COVID-19 pandemic. In fact, it destroys the living conditions of many poor people. It serves only the rulers who face popular hatred. In order to fight the pandemic we need a serious public health program and not state repression!

Your protest is part of global wave of mass mobilizations against racism and police violence. It is urgent to build an international movement which annihilates the roots of racism, of imperialist exploitation of the African people and of global social injustice. In other words, we need a global movement to overthrow capitalism and to replace by a socialist society. This is what the RCIT is fighting for together with our comrades from the Revolutionary Socialist League! 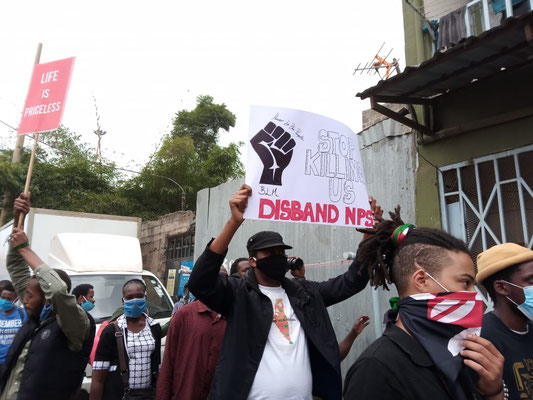 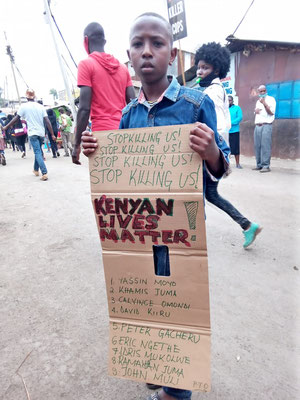