100.000 Workers march in Vienna against the Right-Wing Government

On 30 June, Vienna experienced a remarkable day: one of the largest workers demonstrations since many years took place when more than 100.000 people – mostly workers of all ages – marched through the streets in the inner city. They protested against the attack on the length of the normal working day.

The government – a coalition of the conservative party, the traditional party of the Austrian bourgeoisie, and the Freiheitliche Party, a right-wing, racist bourgeois-populist party – plans to push through a law which represents a massive attack on the rights of the working class. In essence the law would allow the capitalists to force workers to work for 12 hours a day and 60 hours a week at the same hourly wage rate. In other words, the workers could be forced to work for many more hours without having these additional hours better paid (as it was the case until now). Furthermore, such a long working day increases the risks of job accidents. It also makes it much more difficult for working parents to organize child care.

The RKO BEFREIUNG (Austrian Section of the RCIT) calls the trade unions to organize mass protests, including an indefinite general strike to bring down this attack. We also call for the creation of action committees to organize the struggle democratically which is particularly necessary given the treacherous nature of the social democratic trade union leadership which wants to avoid a consistent struggle.

The Austrian Section of the RCIT participated in the demonstration with a lively and multinational contingent of young workers. (See pictures below) No doubt, the struggle will continue! 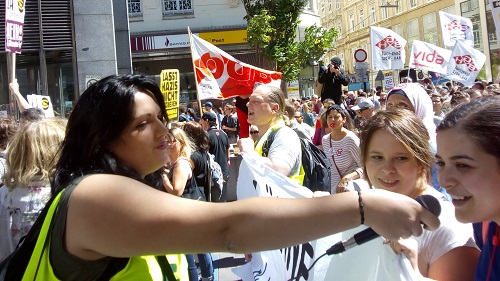 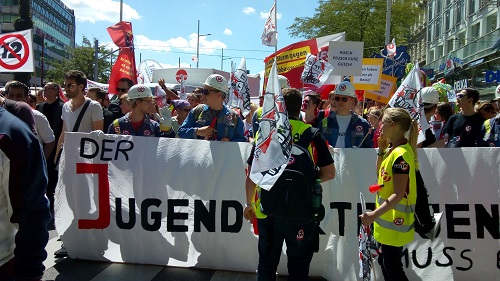 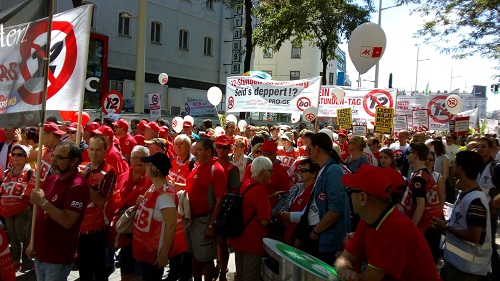 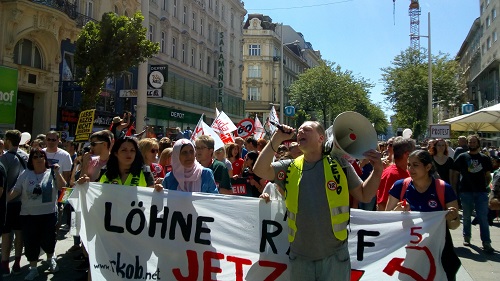 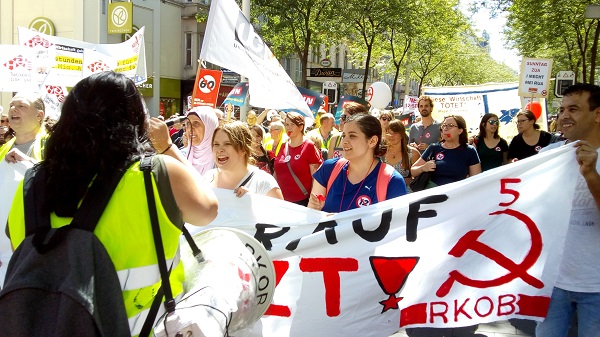 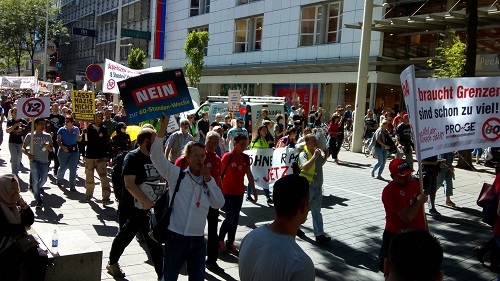 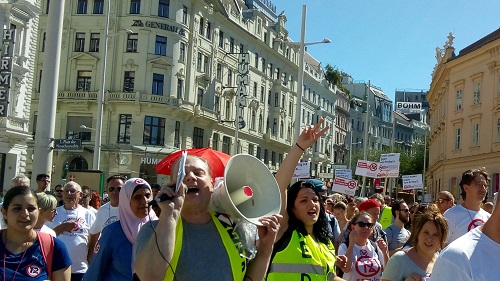 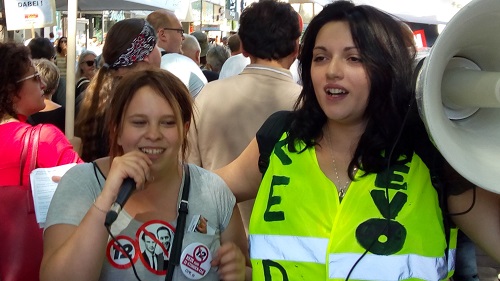