Rally in Solidarity with the Syrian People in Idlib

Report (with Pictures and Videos) from a Rally in Vienna on 08 September 2018, Austrian Section of the RCIT, www.rkob.net and www.thecommunists.net

Dozens of Syrian migrants assembled in the centre of Vienna in solidarity with the Syrian people in Idlib who currently face the most brutal terror by the Assad regime and its Russian and Iranian masters. Idlib is the last enclave still liberated by the Syrian people who started to rise up against the Assad tyranny in March 2011.

The Austrian section of the RCIT was invited to attend and speak at the rally. We participated with a delegation, and our comrade Michael Pröbsting, International Secretary of the RCIT, addressed those gathered. (See the video below) He emphasized the solidarity of the RCIT with the Syrian people in Idlib. He condemned the Assad tyranny as well as Russian imperialism. He also warned against any initiative to disarm the freedom fighters or to capitulate. 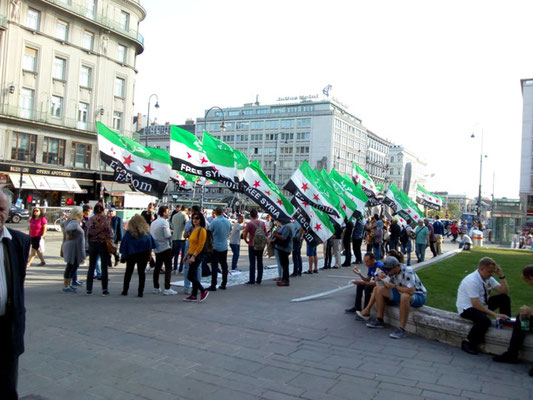 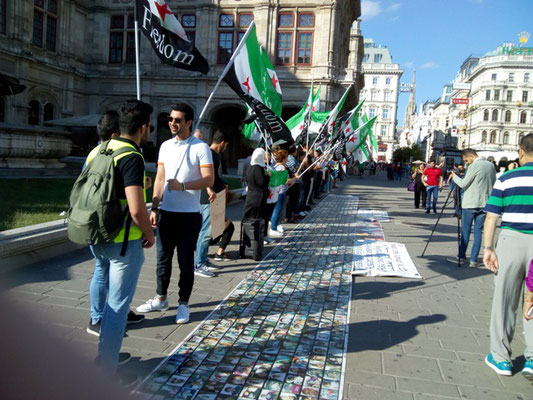 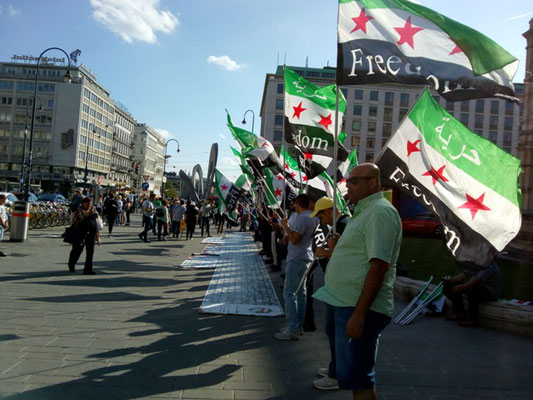 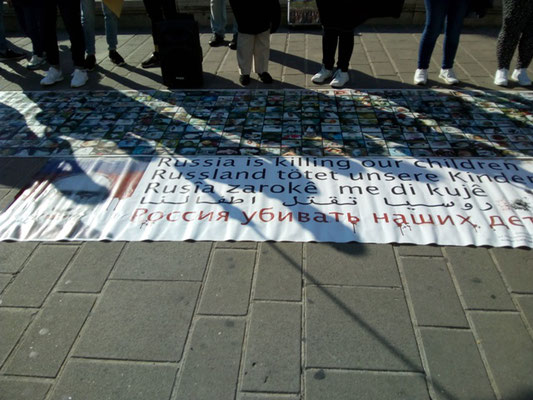 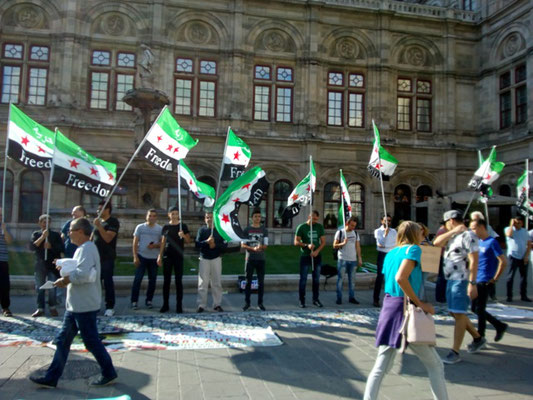 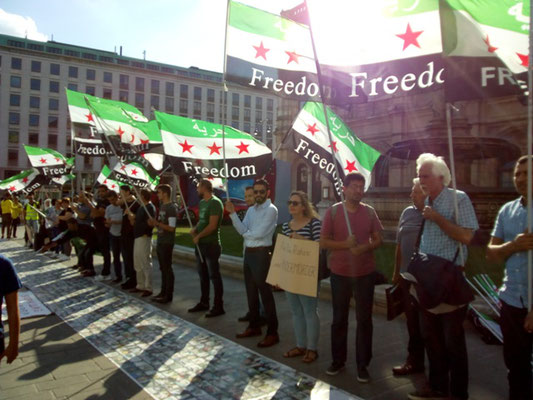