Rally on the 11th Anniversary of the Syrian Revolution 2011

Report (with Photos and Videos) from a Rally in Vienna on 20 March 2022, Austrian Section of the RCIT, www.rkob.net and www.thecommunists.net

Several hundred Syrian migrants demonstrated in the centre of Vienna on 20 January to commemorate the 11th anniversary of the Syrian Revolution. Despite all the setbacks and defeats, the heroic Syrian people continues to resist against the bloody onslaught of the Assad tyranny and its Russian masters.

The rally was addressed by several Syrian brothers and sisters as well as by our comrades Medina Gunić and Michael Pröbsting, both leading members of the RCIT. In their speeches, our comrades denounced the brutal dictatorship of Assad as well as the merciless bombardment of the Russian Air Force. They stated the unconditional solidarity of the RCIT with the Syrian Revolution. They also called to support the resistance of the Ukrainian people against Putin’s invasion. At the end of the rally, comrades of the Austrian section of the RCIT sold more than 30 copies of the latest issue of THAWRA - the RCIT's Arab-language paper. 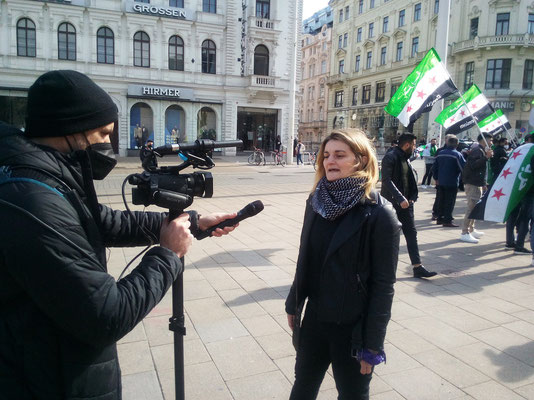 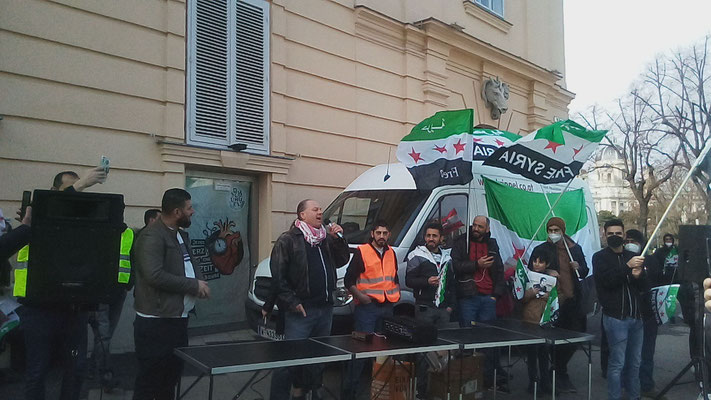 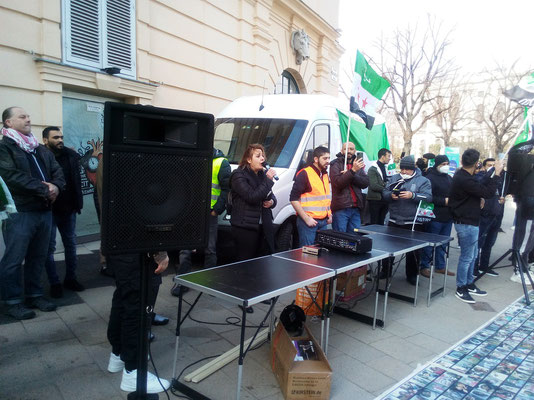 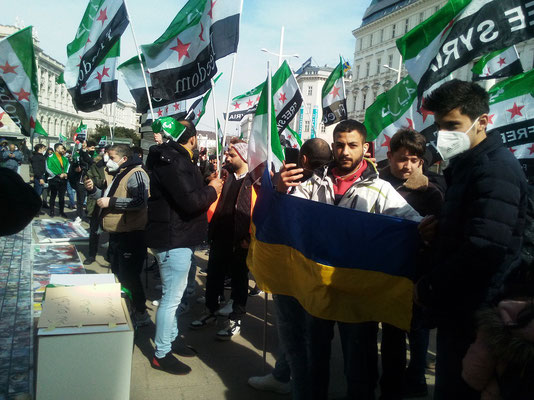 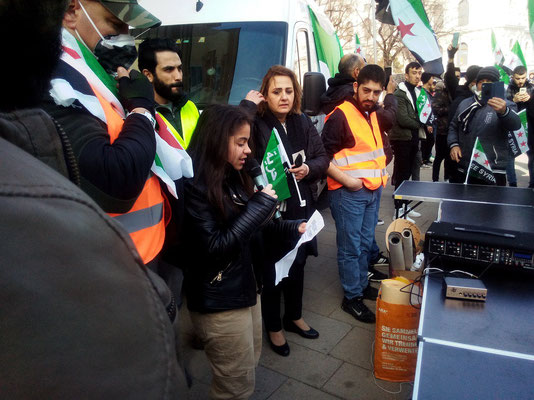 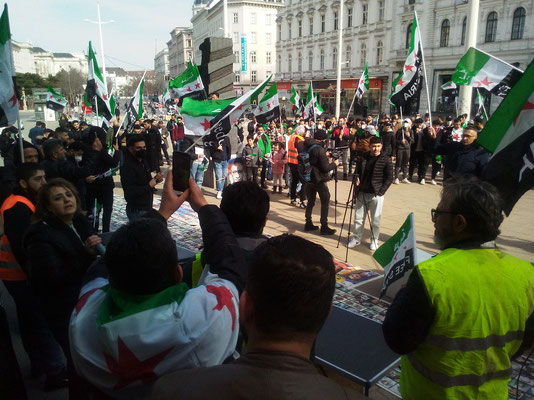 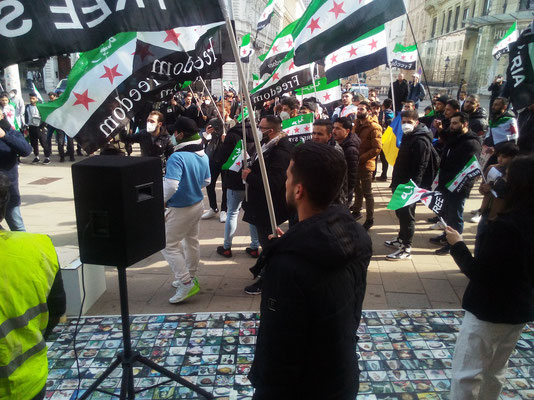 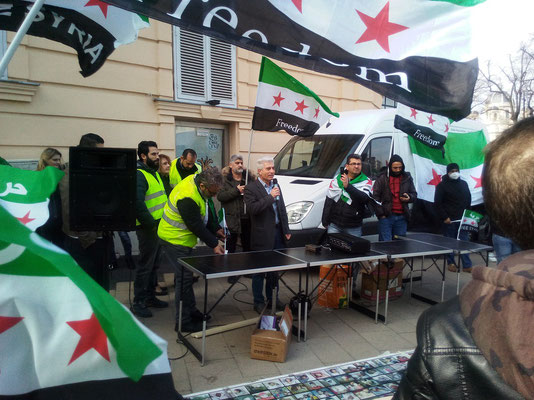 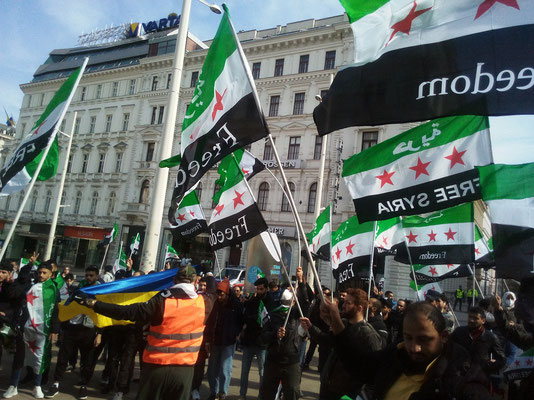 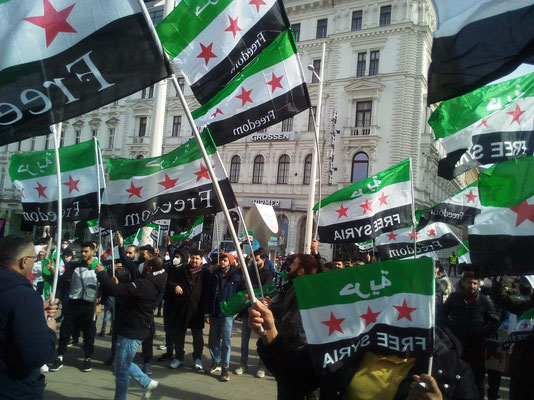 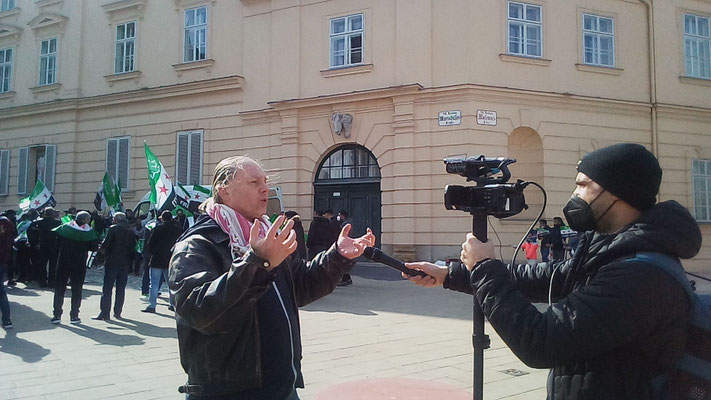 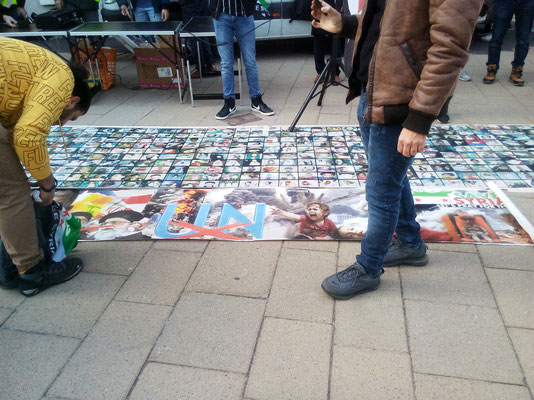 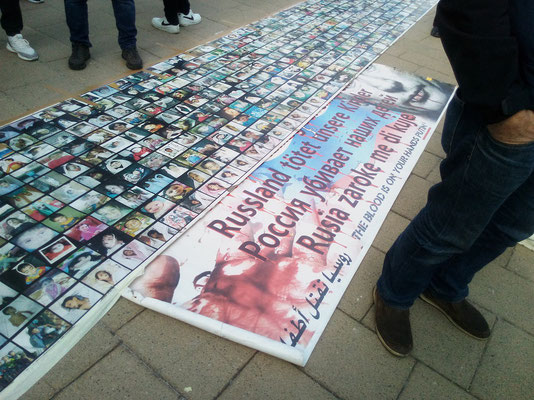 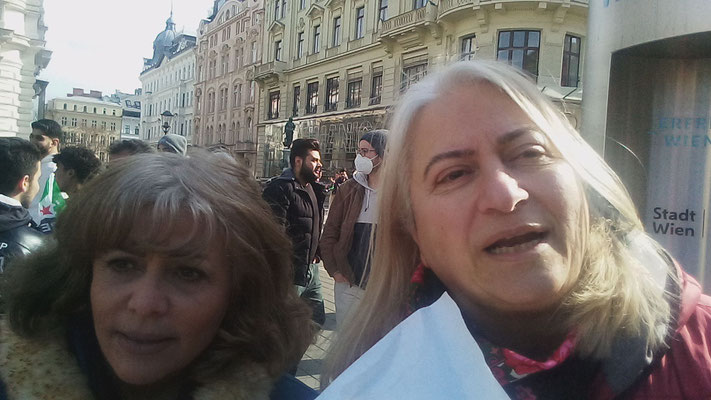