Egypt: Rally on the 7th Anniversary on the Rabaa Massacre

Report (with Photos and Videos) from a Rally in Vienna on 15 August 2020, Austrian Section of the RCIT, www.rkob.net and www.thecommunists.net

The Egyptian migrant community organized a rally in the centre of Vienna to commemorate the 7th anniversary of the horrific Rabaa massacre. On 14 August 2013 the Egyptian army, under the command of General Sisi, smashed the popular mass demonstrations against the military coup which took place shortly before. This barbarous crackdown resulted in the murder of up to 2,600 demonstrators on a single day! Since then, the military dictatorship has tyrannically ruled the country with the consent of all Great Powers.

Ibrahim Ali, the leader of the Egyptian migrant community, sharply denounced the brutal regime of General Sisi. He pointed out that the West closely collaborates with the military dictatorship

Activists of the Austrian section of the RCIT participated in the rally. Our comrade Michael Pröbsting, International Secretary of the RCIT, addressed the rally twice – once in German and once in English language. He condemned the military regime as well as the imperialist Great Powers in West and East – including the European Union. 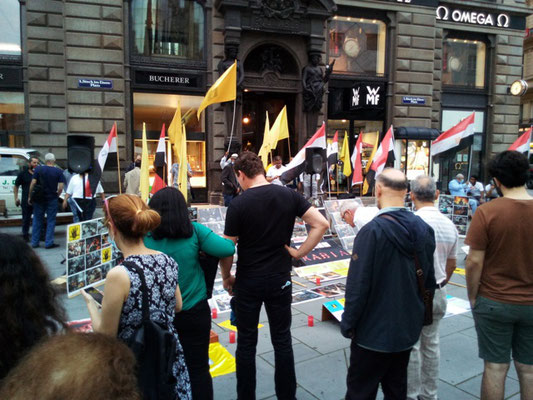 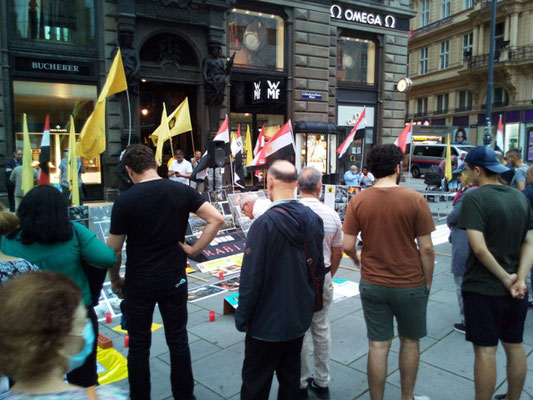 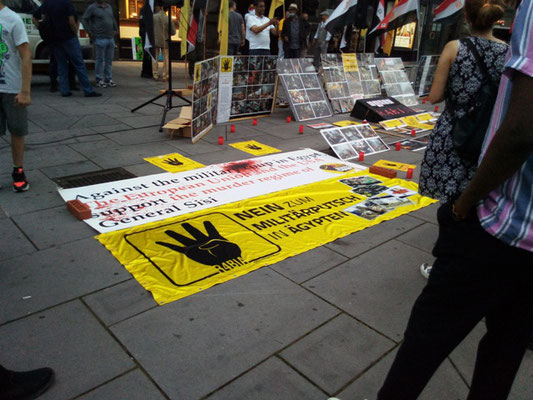 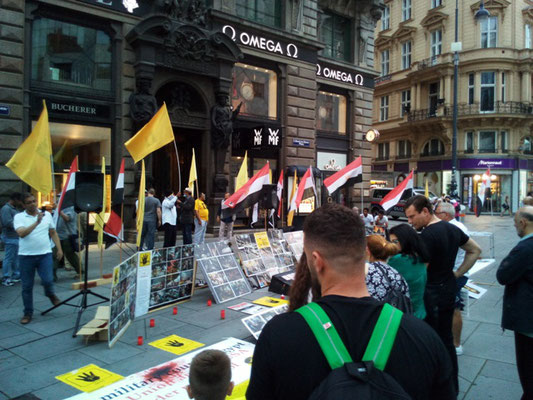 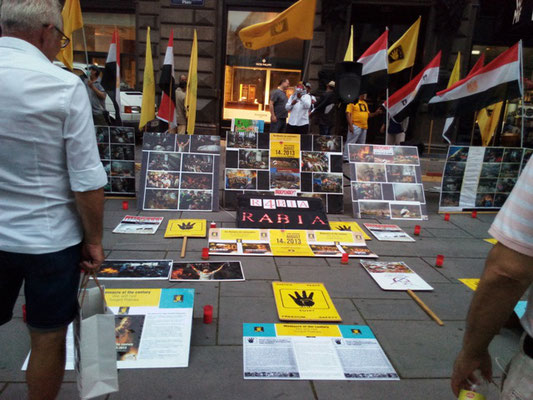 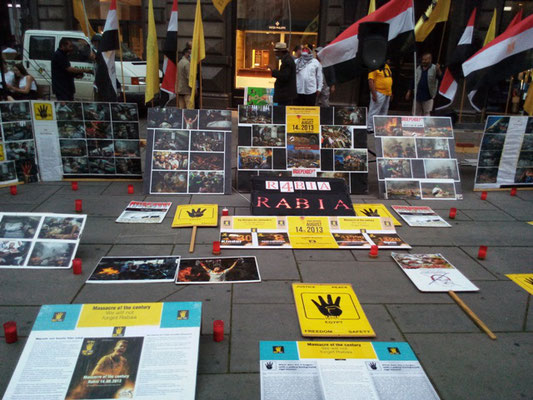 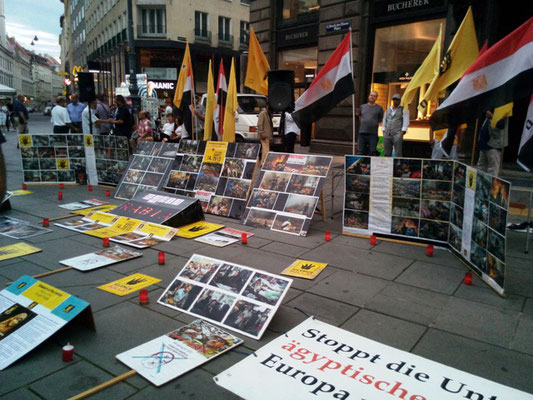 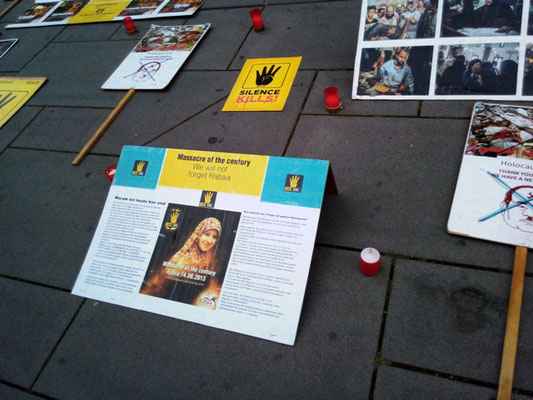 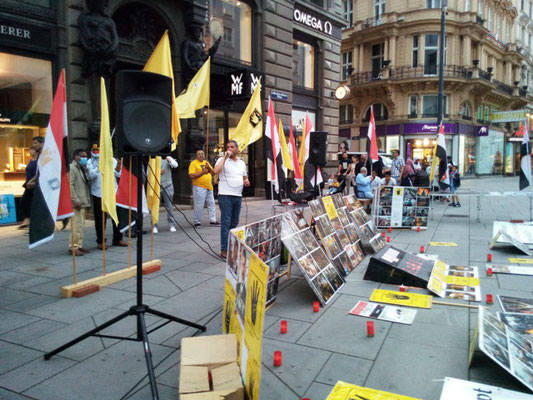 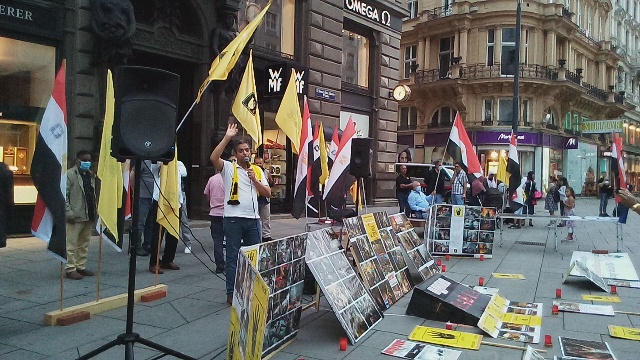 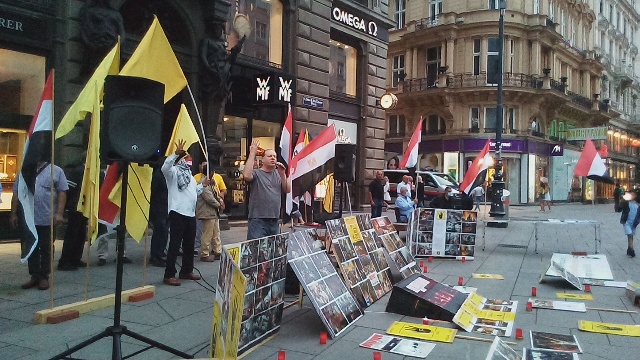 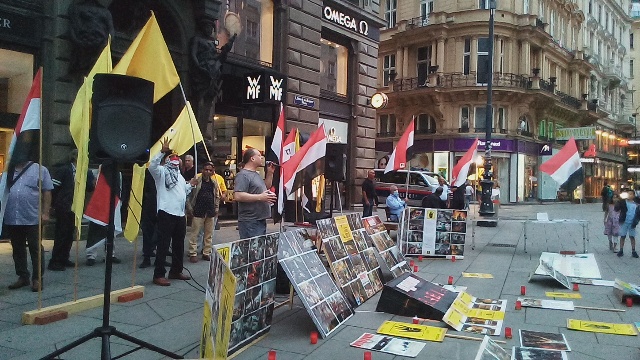 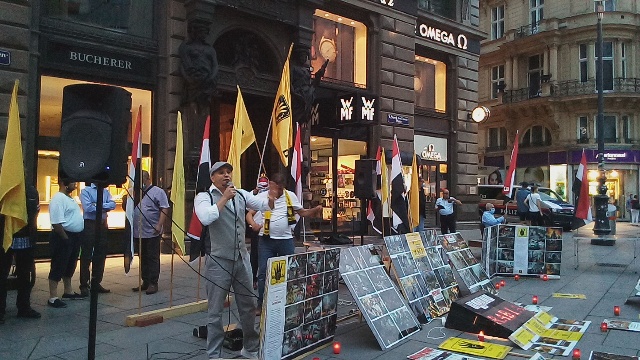 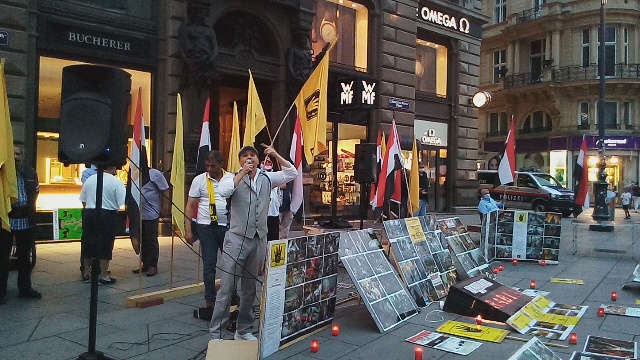