Egypt: Rally on the 6th Anniversary of the Rabaa Massacre in 2013

Report (with Photos and Video) from a Rally in Vienna on 14. August 2019, Austrian Section of the RCIT, www.rkob.net and www.thecommunists.net

The Egyptian migrant community organized a rally in the centre of Vienna to commemorate the 6th anniversary of the Rabaa massacre by the Egypt army. On 14 August 2013 General Sisi, who took power a few weeks before via a military coup, sent soldiers and bulldozers against protest camps with hundreds of thousands people. This barbarous crackdown resulted in the murder of up to 2,600 demonstrators on a single day! Since then, the military dictatorship has transformed the country in a huge prison house.

Activists of the Austrian section of the RCIT participated in the rally. Our comrade Michael Pröbsting, International Secretary of the RCIT, delivered a speech in which he sharply denounced the military regime. He also condemned the support for the regime by the imperialist Great Powers. Michael Pröbsting also denounced other barbarous acts like the current transformation of Kashmir into a hug concentration camp by the Indian Modi government. 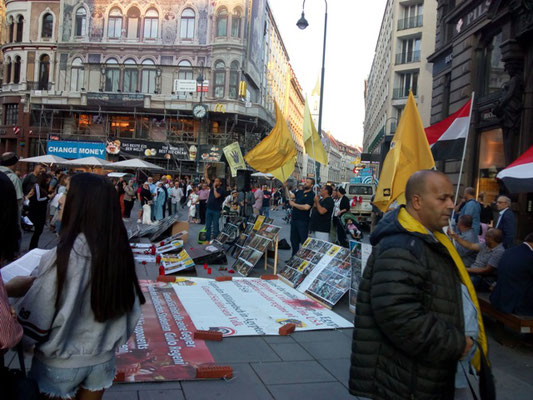 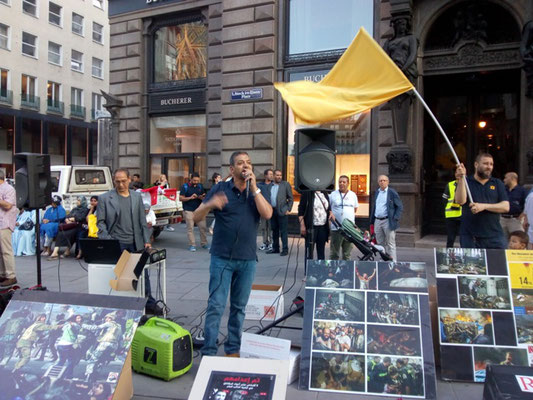 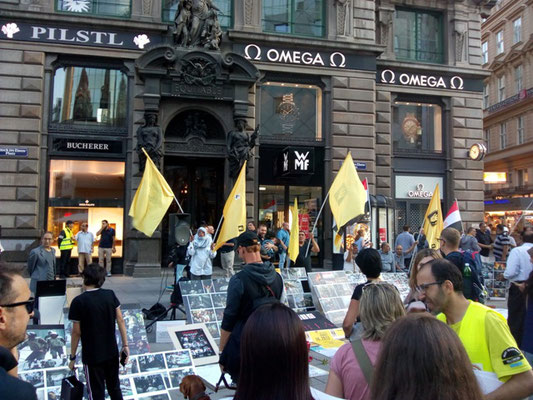 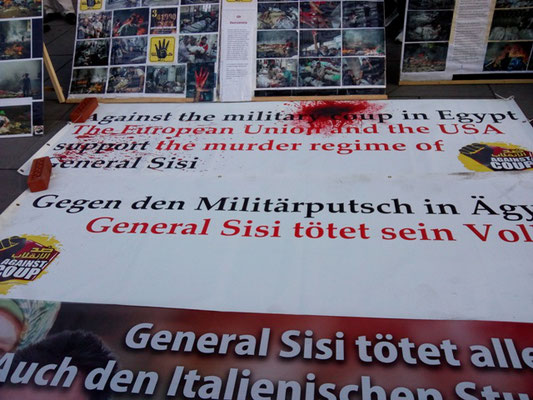 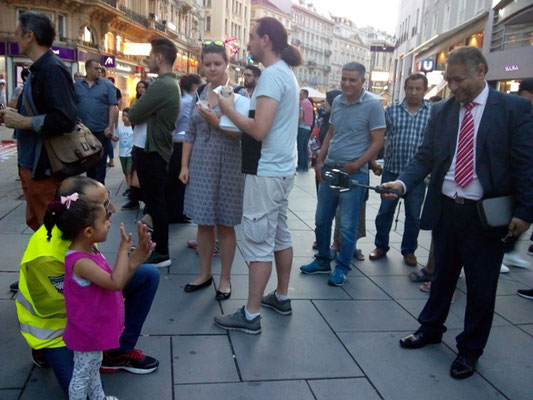 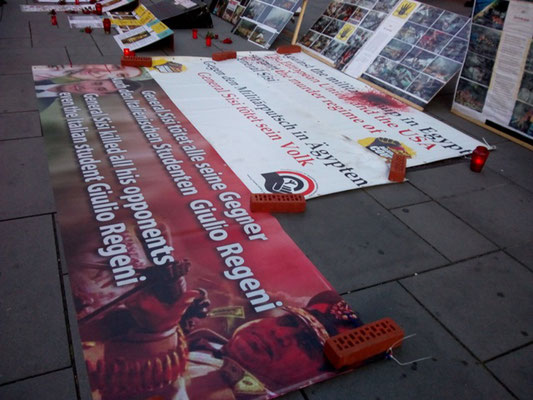 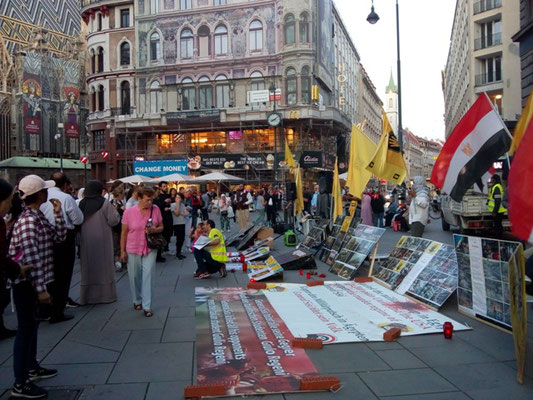 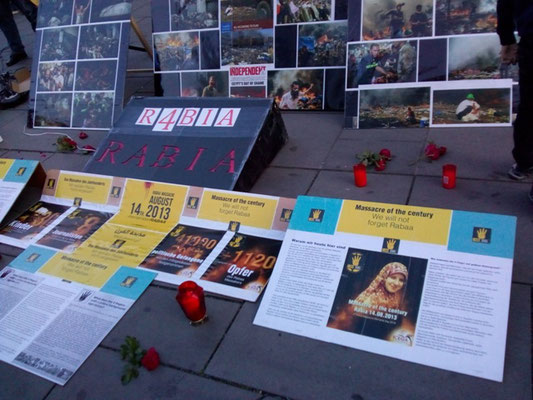 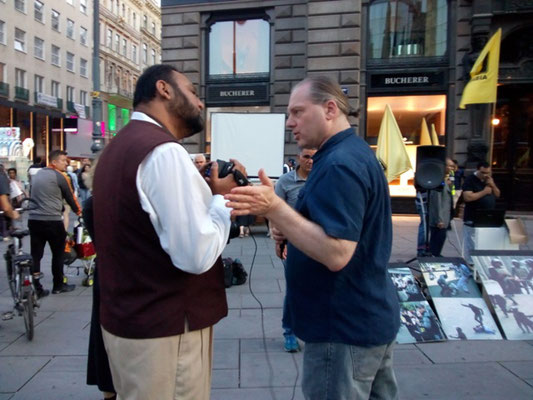