The Palestine Solidarity Campaign organized a demonstration which took place on Saturday 11th May. About 5,000 people participated. The demonstration called for a Free Palestine as it marched from Portland Place to Whitehall. Many activists showed their support for One Democratic State in historic Palestine.

As always it was heavily policed as it marched through Central London. It was lively and had placards and slogans in support of Palestinians in the West Bank and Gaza. Participants expressed their support for the Palestinians’ right to return to their homeland, for a free democratic Palestine, and for the struggle of Gaza against the apartheid occupation and siege.

It was a good cross section of people on the march with migrants from Palestine, Syria and other Arab countries. There were a few banners on the march from several Labour Party branches and plenty of Palestinian flags. However, what was noticeable was that there were no trade union banners whatsoever on the march. Unite, Unison and other trade unions failed to mobilize for the march which shows a massive indictment on the role of the trade union bureaucracy failing to organise the working class in support of Palestine.

The march ended at Whitehall where it heard a number of speakers calling for support of the Palestinian struggle. 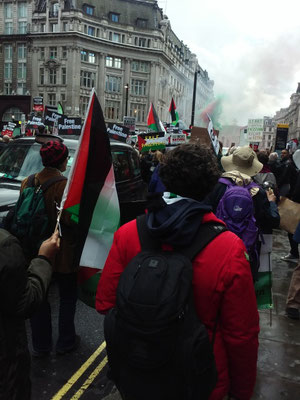 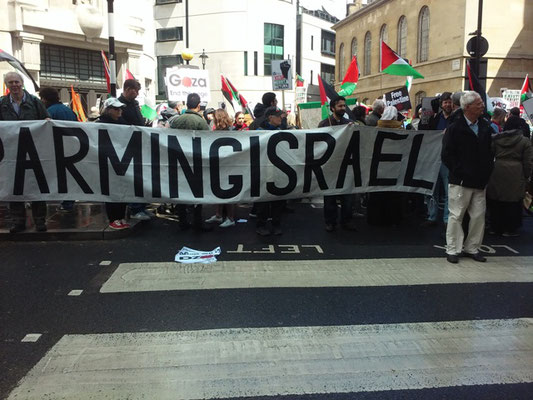 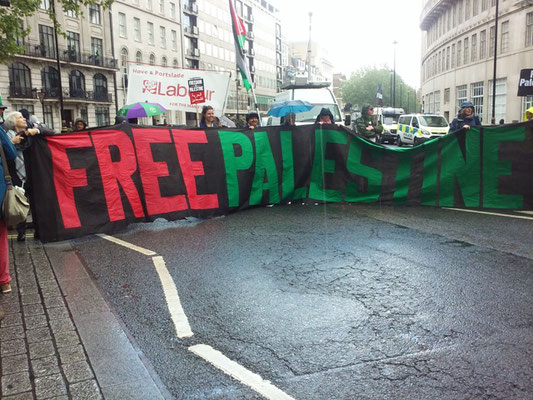 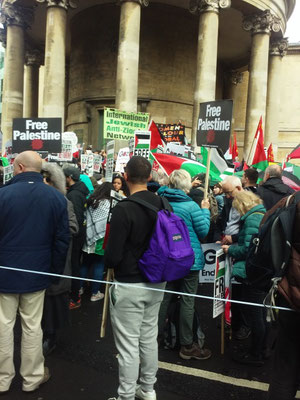 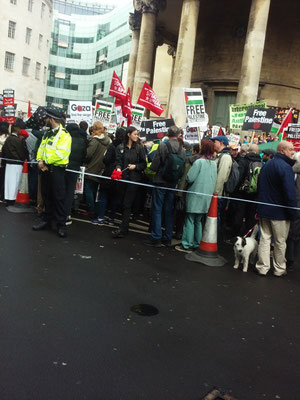 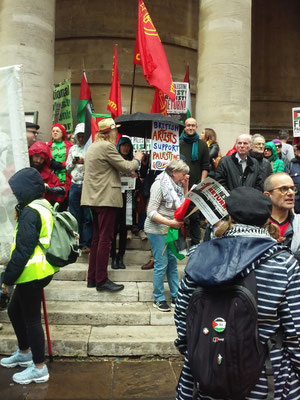 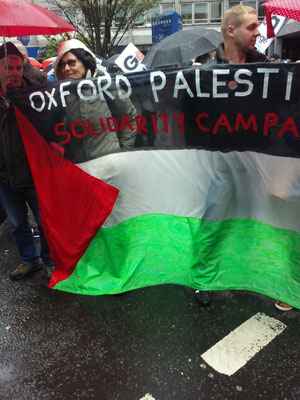 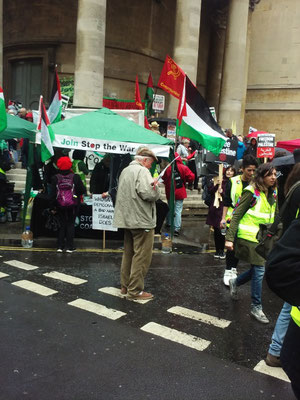 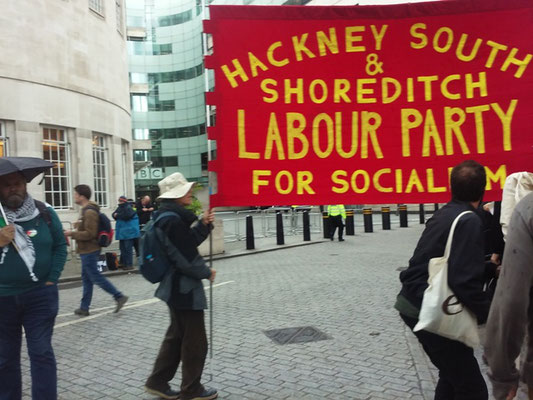 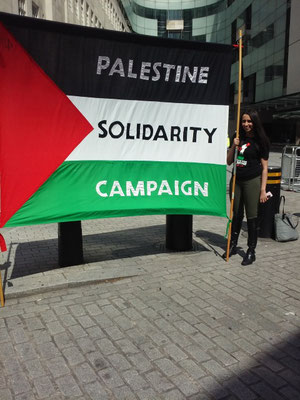