Mexico: For A Proletarian and Militant 8th March!

On the Activities around the International Women's day 2020 in Mexico

We, as the Agrupación de Lucha Socialista (ALS, the RCIT Section in Mexico) set ourselves the goal to organize a campaign for a “proletarian and militant 8th March” to honour the international women's day. Traditionally we march on this day together with urban and rural women workers, young women and with families of victims of feminicide. This year, in 2020, we participated in a mass mobilisation which was bigger than it has been for many years. This has been a result of a new nationwide and international movement against violence and feminicide.

In preparation of this big day of action, we as ALS developed a number of graphics and slogans focused on the central demands for the liberation of the working class women, the poor and the peasants. We distributed our material via a broad campaign on social media, via leaflets which we hand out at central stations, transport hubs and at various mobilisations of protests and events around the 8th March.

Likewise, we promoted the meeting "Enabling the Participation of Women in Social Struggles", in coordination with teachers of the Coordination Assembly of sections 10 and 11 of the CNTE on Saturday, 7th March. The meeting included the participation of such honorable comrades like the former political prisoners from Atenco, victims of the many families in Tlalpan, militant teachers from the National Coordination of Education Workers (CNTE), Chilean students and Oaxacan comrades in defense of Itsmo. The meeting was very fruitful and profound as it reflected the main debates between ideological trends within feminist currents and the women's movement as such. It showed also the need to organize ourselves as teachers in addressing the issue of violence against women.

Furthermore, we published the Bulletin "This 8 and 9M: Stop the Exploitation and the Violence! Lets get organized on the streets, at the work places and schools!" (See more at: https://agrupaciondeluchasocialistablog.wordpress.com/2020/03/08/este-8-y-9-m-a-parar-la-explotacion-y-la-violencia-organizadas-tomemos-las-calles-los-trabajos-y-las-escuelas/) , in which we denounce the politics of the ruling parties who try to hijack the just protests of women as well as the broad opportunism of various forces. Instead we aim to differentiate ourselves from these forces via reviving the tradition of the struggle of our class and via demanding a political program on our own, together with our conscious class brothers.

On the 8th March, we organized a militant contingent with great enthusiasm, joining forces to raise our voices together and to raise the slogans: Enough is enough! Stop Violence and Exploitation! Demand Justice for each murdered Woman! We also denounced the culture of impunity by the institutions of the capitalist state and showed our resistance against the precarious conditions under which we as workers live.

Finally, on the 9th March, we participated in the public meeting "Fight against Capitalism and Patriarchy" within the framework of the Feminist Unemployment Organization formed by dissident teachers of the CNTE. At this meeting we made important contributions to balance the demonstrations and to give perspectives to advance the women's movement in order to make it able to overthrow the patriarchal capitalist state worldwide and to build a new society free of violence, exploitation and oppression of women! 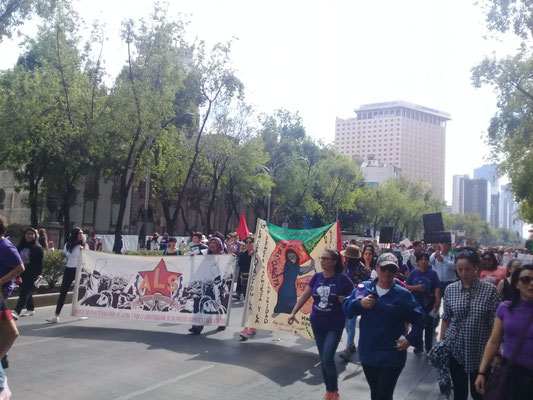 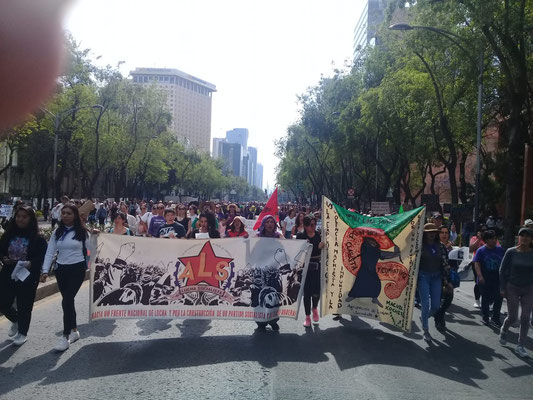 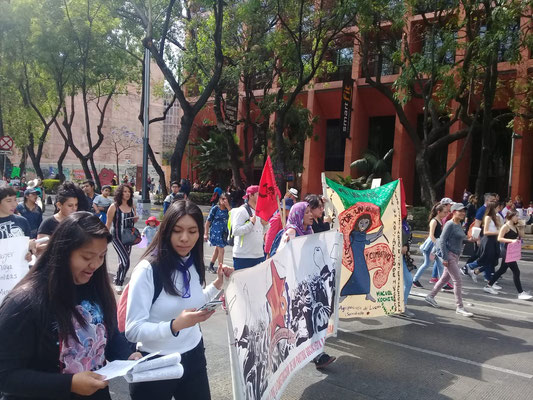 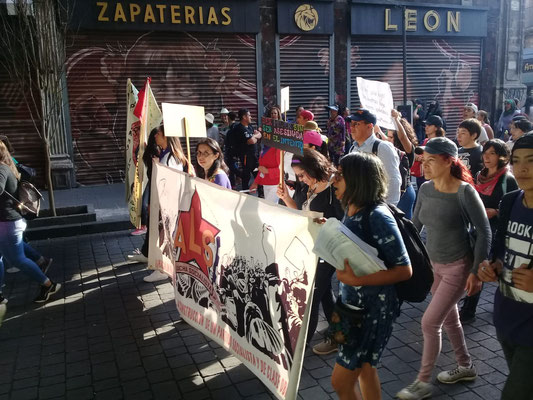 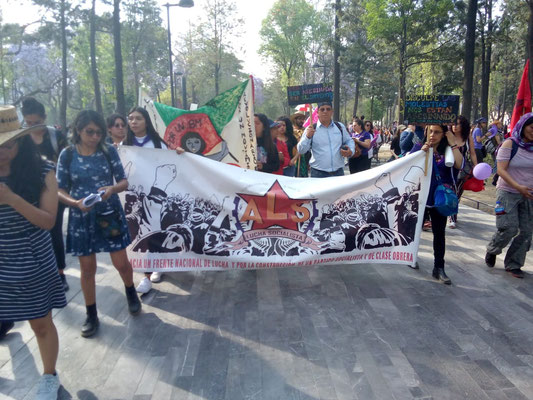 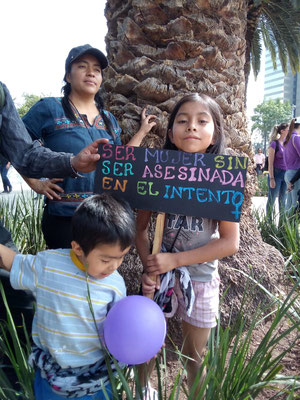 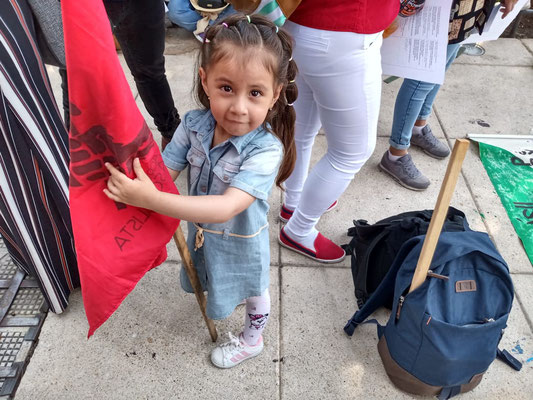